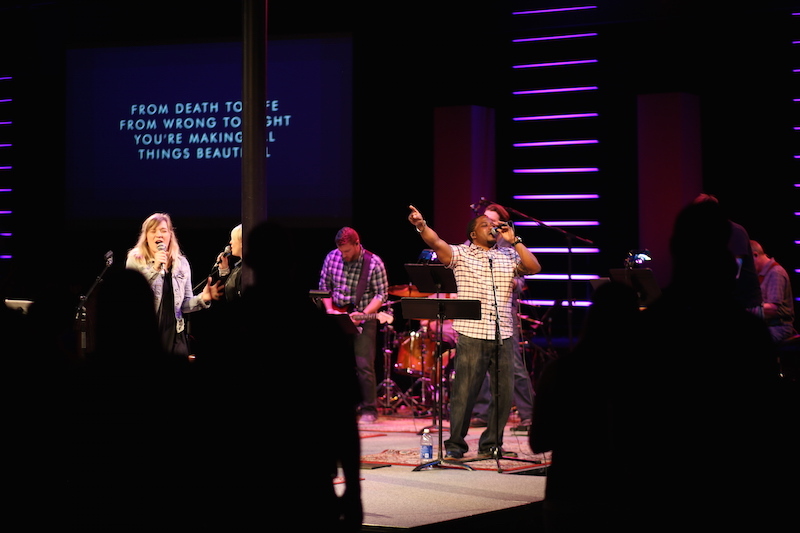 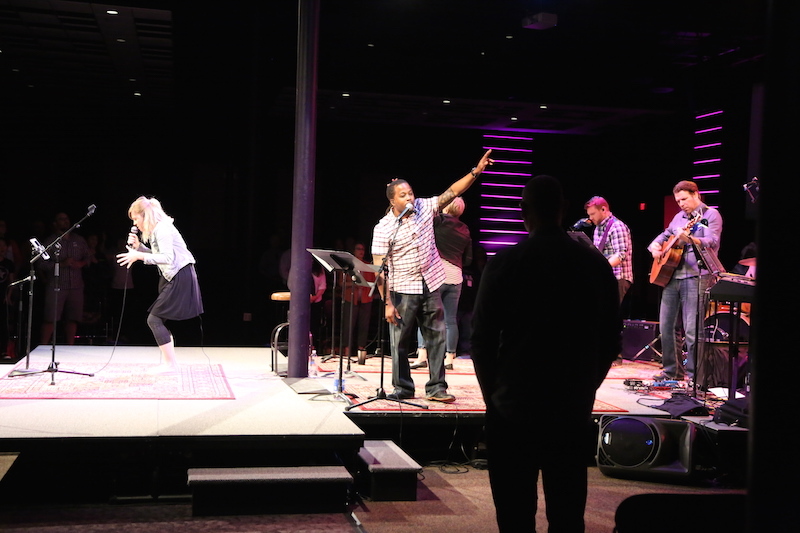 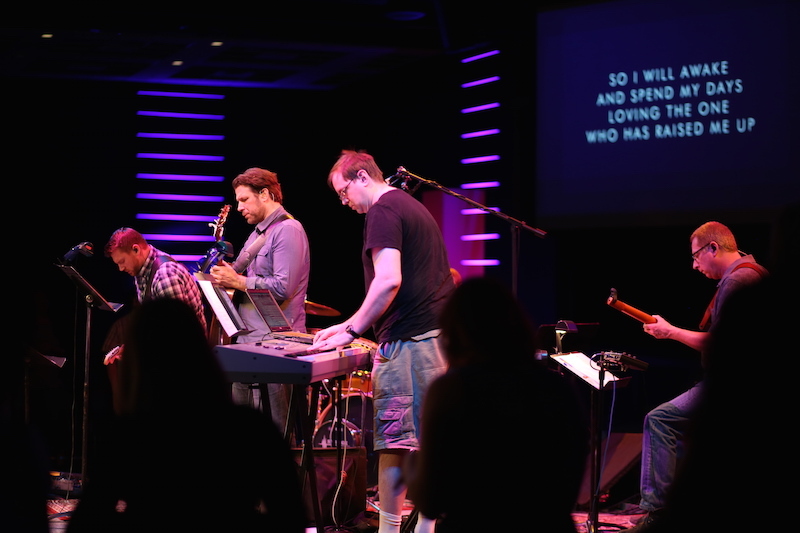 Worship at Woodland Hills follows a consistent pattern. The three weekend services (Saturday at 5pm, Sundays at 9am and 11am) are identical in form and content. They open with music played  by volunteer musicians. The band includes three singers and a variety of instrumentalists, and they play modern Chrisitan rock. Lyrics are projected on the screens behind the band and congregants almost uniformly sing along. During the music, people stand up if they are able. Some expresses their feelings physically, holding one or two hands in the air or on their heart, or sometimes standing with both hands held out in front, palms up as if welcoming something in. Some dance from their seats, others stand still. In such a vast auditorium, it is possible to worship as you wish without fear of staring; it is simply too large for anyone to stick out.

People file in late during the music, but about ten minutes in doors are closed, and with the exception of parents rushing to check on their children, people mostly remain in their seats. Announcements followed the music, often including a well-produced video advertsing events or volunteer opportuntites. A sermon and prayer concluded the service. Speakers vary from Senior Pastor Greg Boyd or Teaching Pastor Seth McCoy to guest speakers disucssing their personal religious journey or Chrisitian nonprofit organization.

Woodland Hills expresses no specific denominational orientation. Pastor Seth comments that he appreciates how the church combines traditionally Evangelical, Anabaptist, and Pentecostal elements and traditiosns.1   This unique combination is  evident in the varied worship styles of congregants and another example of Woodland Hills' generally inclusive philosophy.