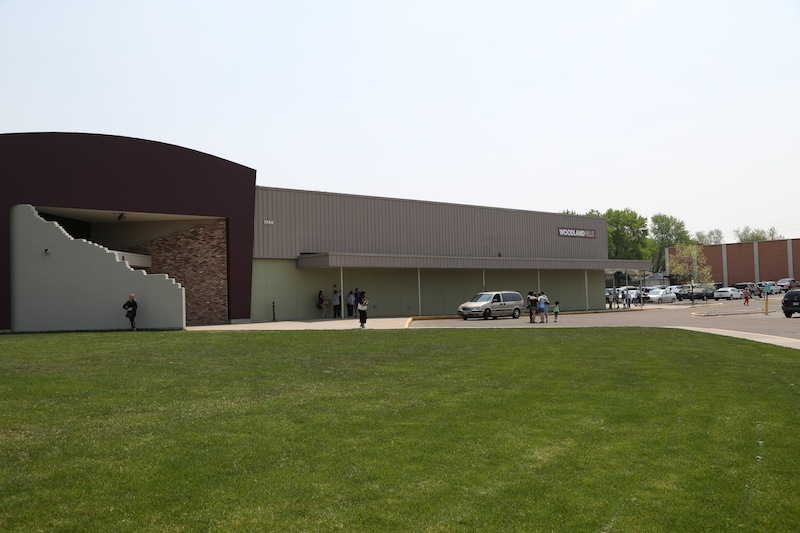 Woodland Hills is located in a neighborhood of strip malls and fast food. Immediately adjacent to the church are the Plaza Theater, a rundown old movie theater boasting $2 tickets, and a residential neighborhood of modest ranch houses. Across the street are a Perkins Restaurant and a Chinese buffet. The building blends into its environment well; it’s easier to drive right by  than pick out the subtle sign on the upper corner of a building that otherwise looks like any other big box store. The church appreciates the building and is proud of the work it took to acquire it. But, communications pastor Charley Swanson emphasizes:

“We’re not a church that’s super into real estate and property... In our era today, we don’t want to be a huge cathedral. It’s just not logical for us, for our organization. We want something that we can do ministry in, that we can use as a tool to serve the neighborhood; we want it to be functional; we want it to use for a lot of different things, and we feel like that’s what God gave us with this place. I mean it’s a sprawling, huge facility. We’re in only about 60% of it right now… this is a tool that we want to use for ministry, that we want to use to serve people but this story isn’t here because we LOVE our building. We don’t LOVE our building; we love the things we can do because we have our building.”1 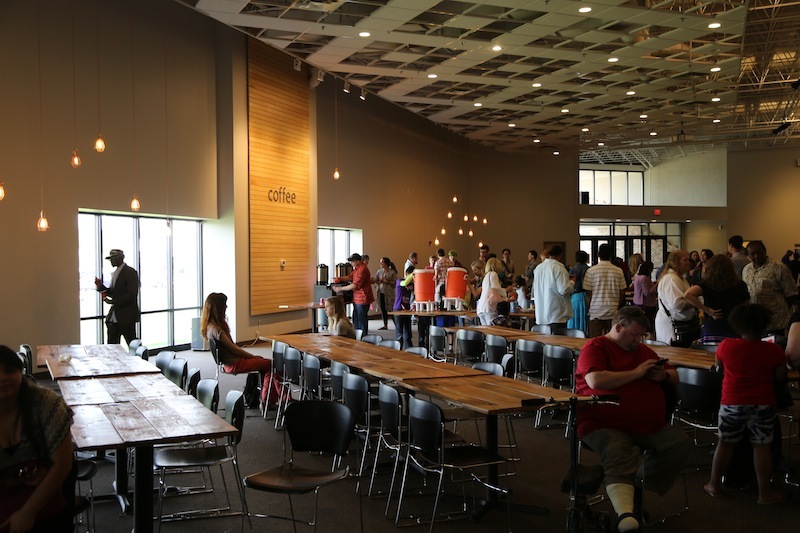 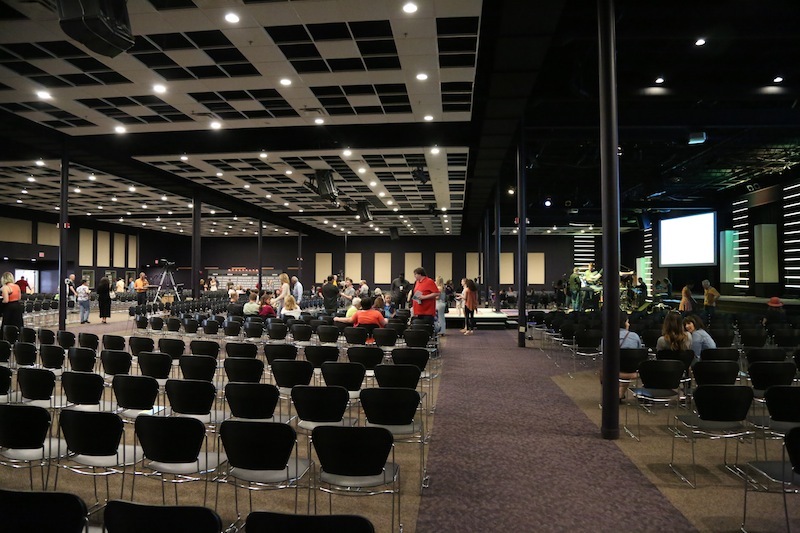 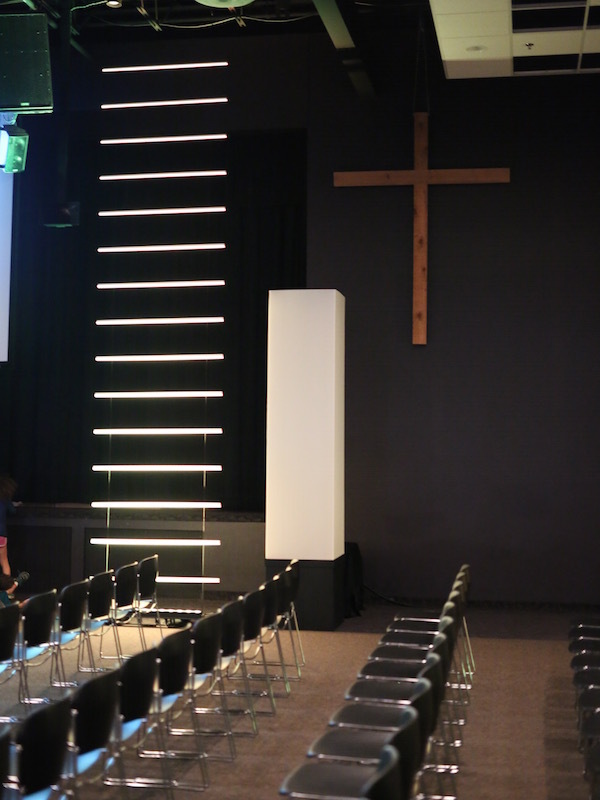 Entering the building, after being greeted by the greeters at the door you are ushered into the lobby. It’s a large, carpeted open space, trendily decorated with wood backsplashes and lowercase-lettered, shiny metal signs labelling the information desk (the sign reads "hello"), the small store selling books and recordings of sermons ("media"), the refreshment station ("coffee"), and the bulletin board for advertisements ("classifieds"). The area is filled with tables and after services also with congregants sitting at the tables, retrieving their children from childcare, enjoying the coffee, and catching up with friends.

Services take place in a large auditorium. It’s a huge, essentially featureless room with rows and rows of plastic chairs, and a stage at the front flanked by two projection screens. For the first part of the service, the stage features a small rock band composed of a rotating cast of musicians, usually three vocalists, several guitar players, a bassist, keyboardist, and drummer but once also a man playing the trombone. They are lit by stage lights and perform in front of a dark background interrupted only by stripes of color-changing LEDs. Lyrics are projected on the screens for congregants to sing along.

The only traditional elements within the sanctuary are the subtle wooden crosses that flank the projector screens and, when the lights are dimmed for services, appear almost invisible against the dark backdrop.

The prayer room, a small, closet-like room off the main lobby, has an atmosphere notably different than that of the rest of the church. A room intended for personal reflection and prayer, the small plug-in fountain, wall-hanging decorated with positive slogans, posters with religious quotes, bible open on the desk, and much more visible cross make it feel both more obviously traditionally religious and also more spiritual than anywhere else in the building. 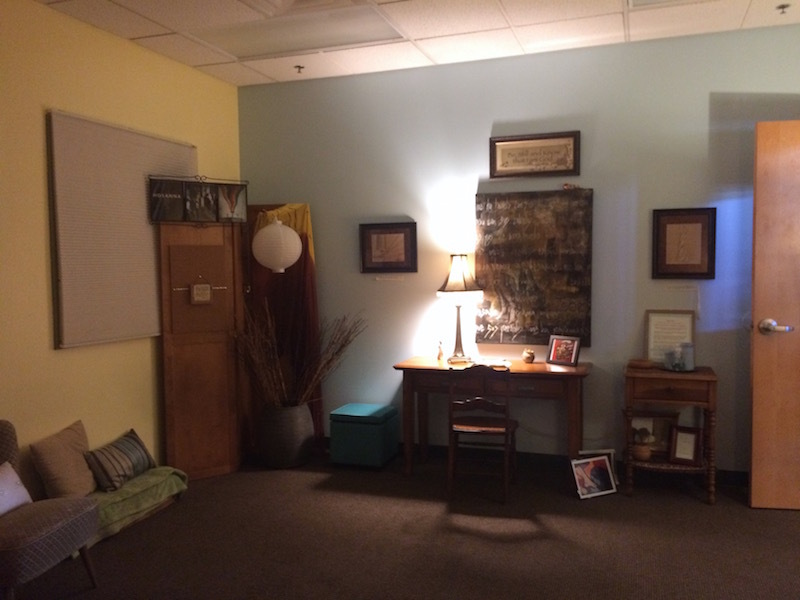 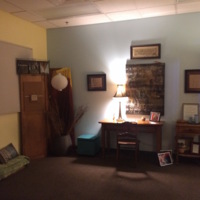 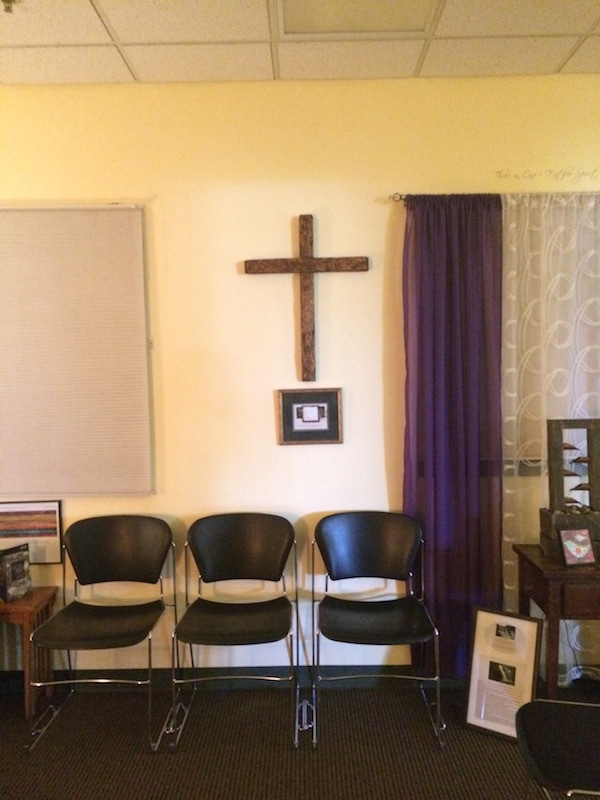 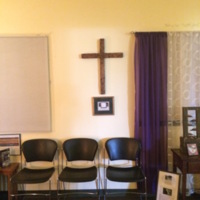 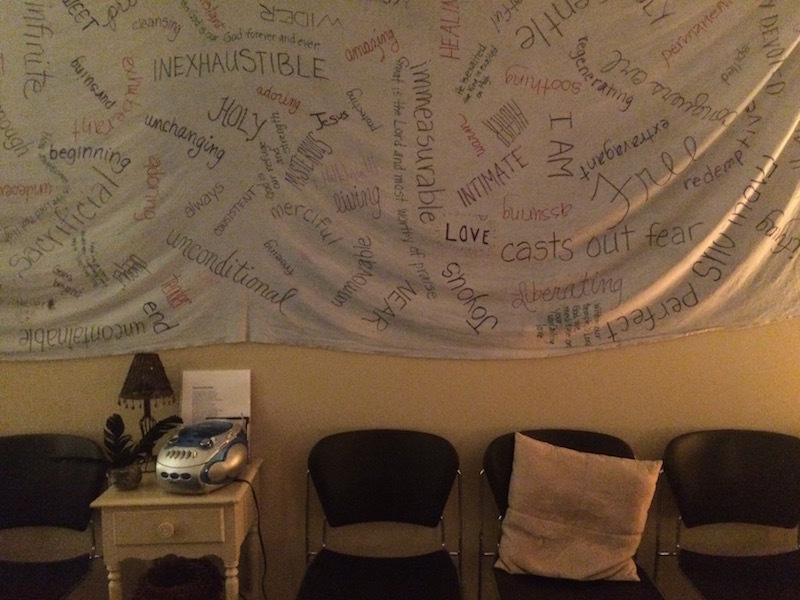 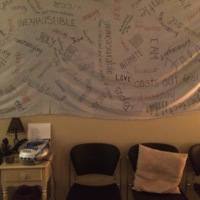 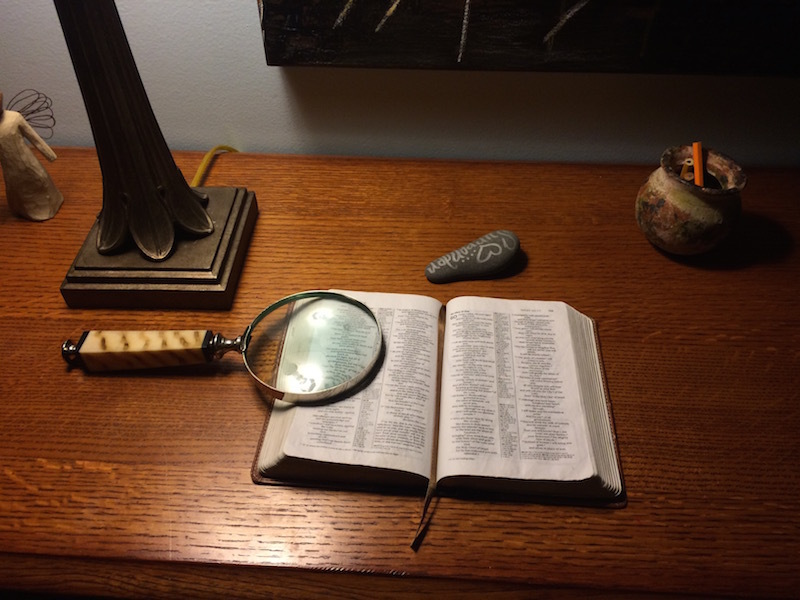 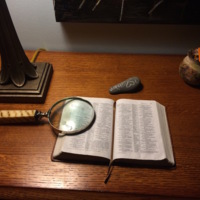 A bible open on the desk in the prayer room.

Staff members consistently emphasize the building's use as a tool for community service.

“I think one of the main ways that we’ve been successful being a bridge up to this point has been, actually one of our strongest resources is that we have this facility, and so we’ve been able to open it up to organizations that are much better structured to do some of the social work that they’re doing in the community.”      -Pastor Seth McCoy2