Walking into a Sunday morning service, the touted racial diversity of the congregation is certainly visible; white and nonwhite congregants sing, pray, and worship together. When asked about the diversity of their church, members consistently explicitly acknowledged it.

Marcia discusses diversity in the community:

Fred comments on other megachurches that he has attended in the area:

When asked if Woodland Hills is more diverse than other churches:

The members interviewed mostly highlighted and praised the diversity of Woodland Hills, but their comments also reveal the complications present in their understanding of race. These anonymous postings below also emphasize the nuance and variety of opinions on multi-racial issues that are present within the congregation.

All these comments were written by congregants in response to the prompt, "What injustices are in your reach?" They were intended to allow reflection on the sermon series Love. Walk. Do., and posted  along with reponses to three other prompts on a wall in the auditorium. 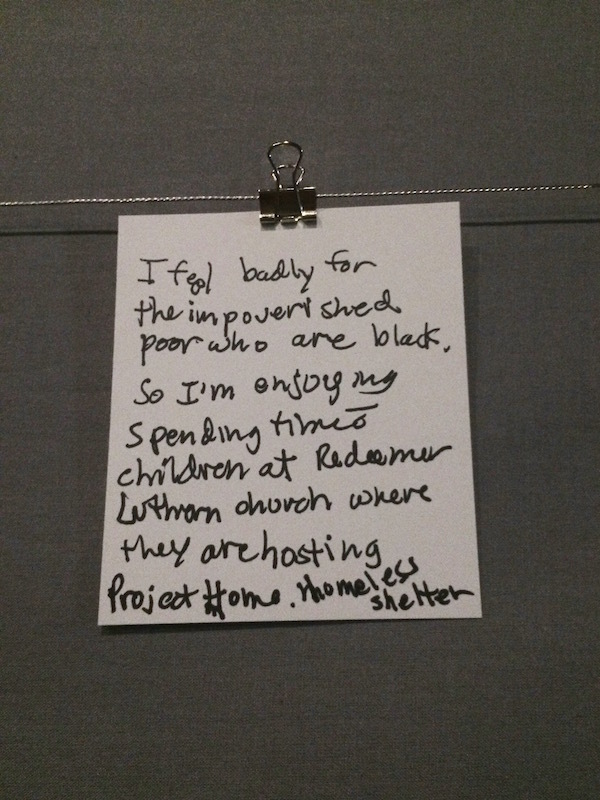 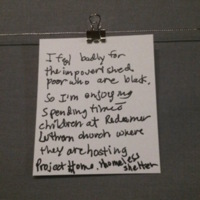 "I feel badly for the impoverished poor who are black. So I'm enjoying my spending times children at Redeemer Lutheran Church where they are hosting Project Home homeless shelter" 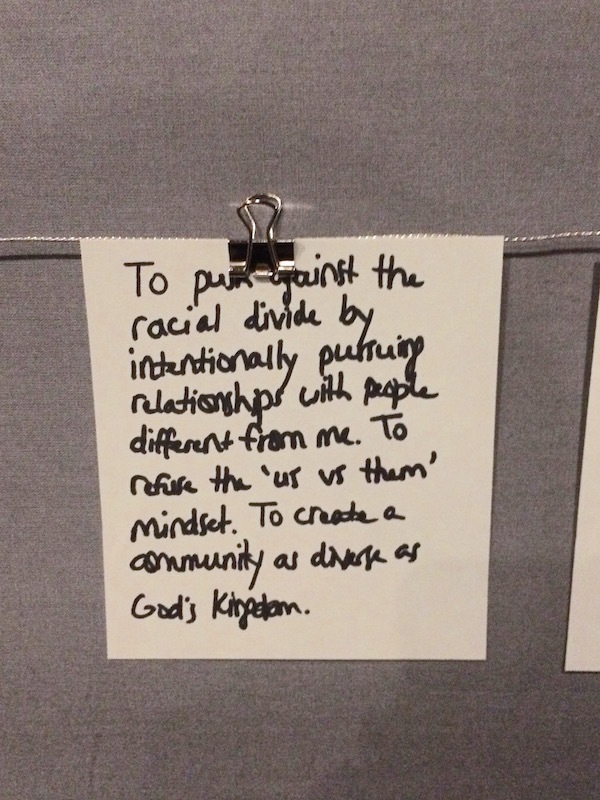 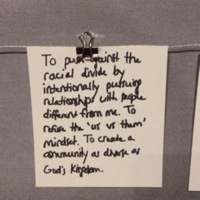 "To push against the racial divide by intentionally pursuing relationships with people different from me. To refuse the 'us vs. them' mindset. To create a community as diverse as God's kindgom." 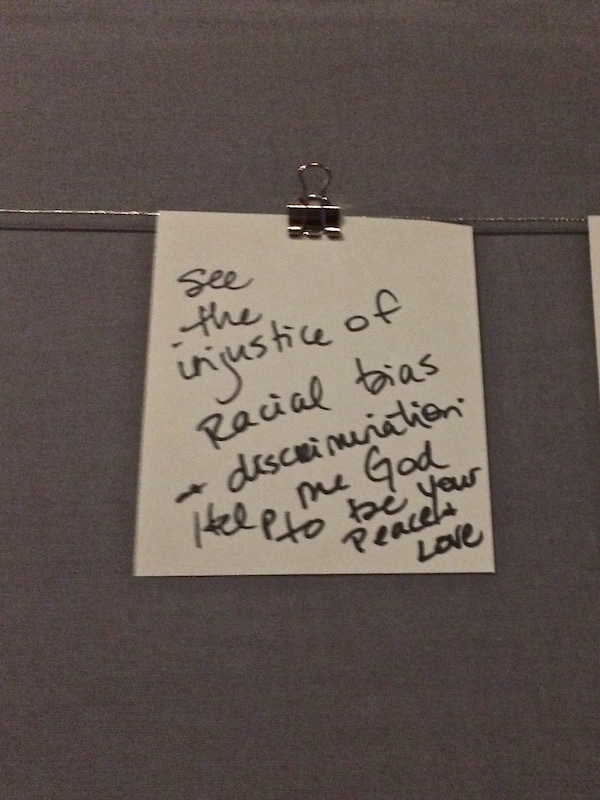 "See the injustice of racial bias and discrimination. Help me God to be your peace and love." 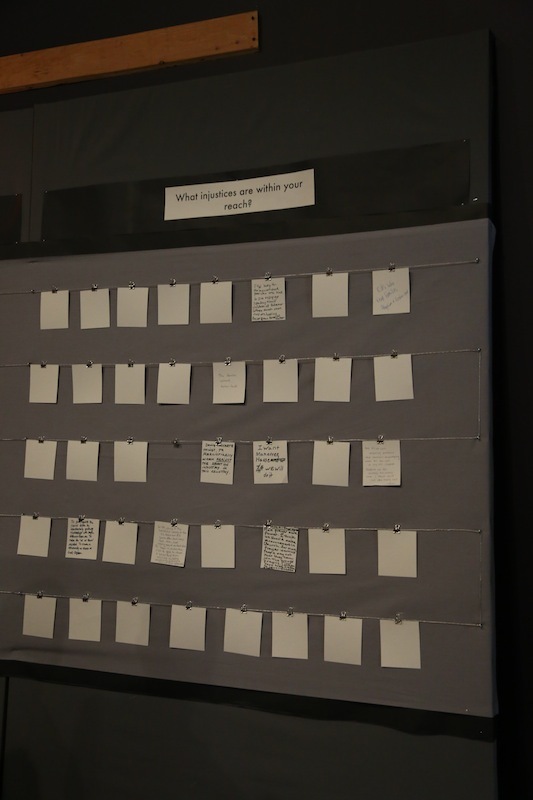 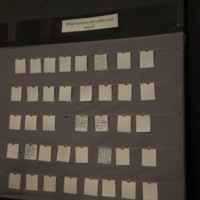 The wall with the reponses.