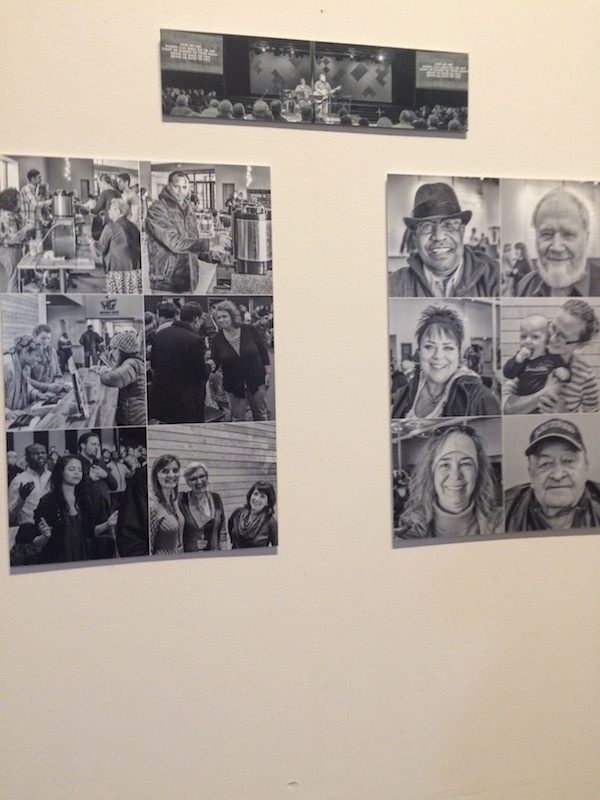 Photos posted in the lobby of Woodland Hills depict a diverse group of people.

Woodland Hills is current located on the border between the city of St. Paul and the suburb of Maplewood. This is also the border between two State Senate districts: one including St. Paul and the other including Maplewood. As of 2014, the St. Paul area, District 67, is 39% white, 12% Hispanic or Latino, 25% Asian, 1% Native American and 16% African-American.1 There, unemployment   is 11% and 25.5% of people are below the poverty level.2 Meanwhile, the Maplewood area, located in District 43, is 76% white, 4% Latino, 10% Asian, .3% Native American, and 6% African-American. The unemployment rate there is only 7%, and 8% of people live below the poverty line.3 This position, sitting on the border between two incredibly demographically distinct was chosen very intentionally. The history page on the church’s website states, “Almost immediately we got a strong sense that this is where God wanted us to be...The location represented the identity we believe God has given us: a bridge.” 4 .  Boyd elaborates on this in the video shown at the Discover Woodland Hills, describing their goal “to be a bridge, bridging the city with the suburbs, the suburbs with the city, bridging people with God, and bridging people across socioeconomic and racial lines.”5

The Cross and the Sword

This rhetoric is also visible in the church’s interpretation of the response to Pastor Boyd’s controversial sermon series, The Cross and the Sword. The New York Times article about the sermon series says, “those who left tended to be white, middle-class suburbanites, church staff members said. In their place, the church has added more members who live in the surrounding community—African-Americans, Hispanics and Hmong immigrants from Laos. This suits Mr. Boyd."6  Another article about megachurches quotes Efrem Smith, a fellow pastor and friend of Boyd’s, saying, “‘Woodland Hills lost 1,000 people paying the price to become a more multiethnic church.’”7

Woodland Hills also presents this same interpretation on their website, “We hadn’t realized that despite our vision to bridge the suburbs and the city, we had pretty much been thinking and acting like a white suburban church. The financial hardships—a first in Woodland Hills’ history—forced us to rethink how we spend money and make decisions.”8 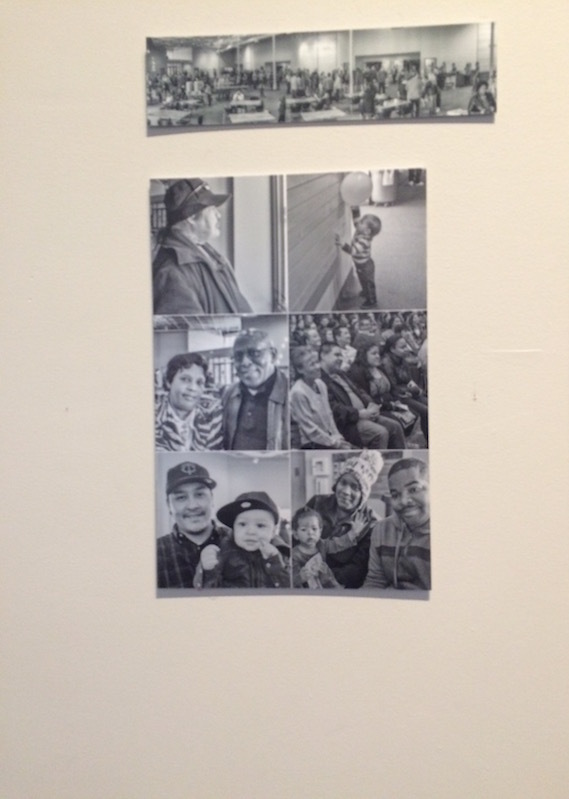 In her book Ambivalent Miracles: Evangelicals and the Politics of Racial Healing, Nancy Wadsworth analyzes what she calls “Evangelical Racial Change (ERC) advocates.” She writes about their desire to “[transform] the segregated demographics of evangelicalism from the inside out, which means rethinking the social practices that built a racially fractured religious milieu,” and also their apparently contradictory refusal to get involved in politics.12 Woodland Hills fits neatly into this movement. Wadsworth highlights the complexity of this position in her book, highlighting how  “ERC efforts provide one example among countless others around the world of ordinary people engaging in social change–oriented activity while denying, avoiding, or feeling conflicted about whether what they’re involved in is or should be ‘political’ work” (3-4). She questions “Why, then, would Christians in pursuit of racial healing avoid addressing the political dimensions of inequality? What underlying biases might be reflected by such ambivalence?”  but also acknowledges that churches like this provide a truly unique and valuable opportunity for coalition building (7).