Kids in the Eruv 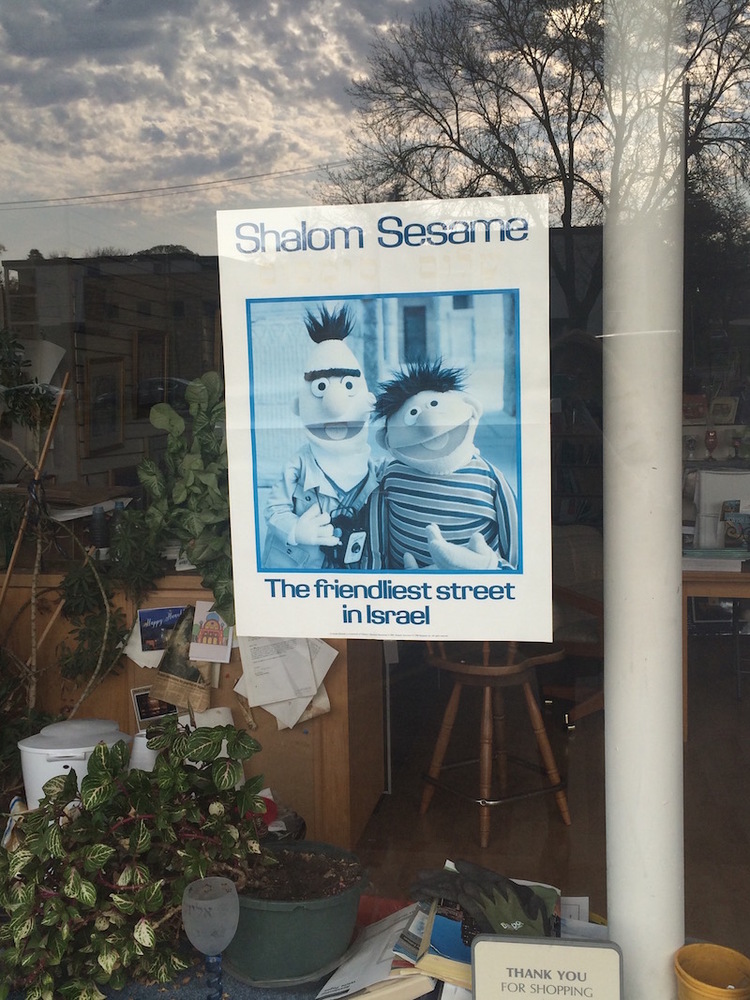 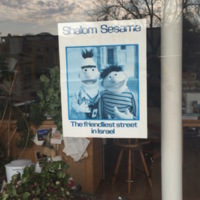 This sign outside Elijah's Cup advertises Shalom Sesame, a collaboration between Sesame Street and its Israeli counterpart Rechov Sumsum. The show aims to teach Jewish children in the diaspora about Jewish culture, Israel, and Hebrew as well as numbers, letters, and other skill taught in regular Sesame Street programming. 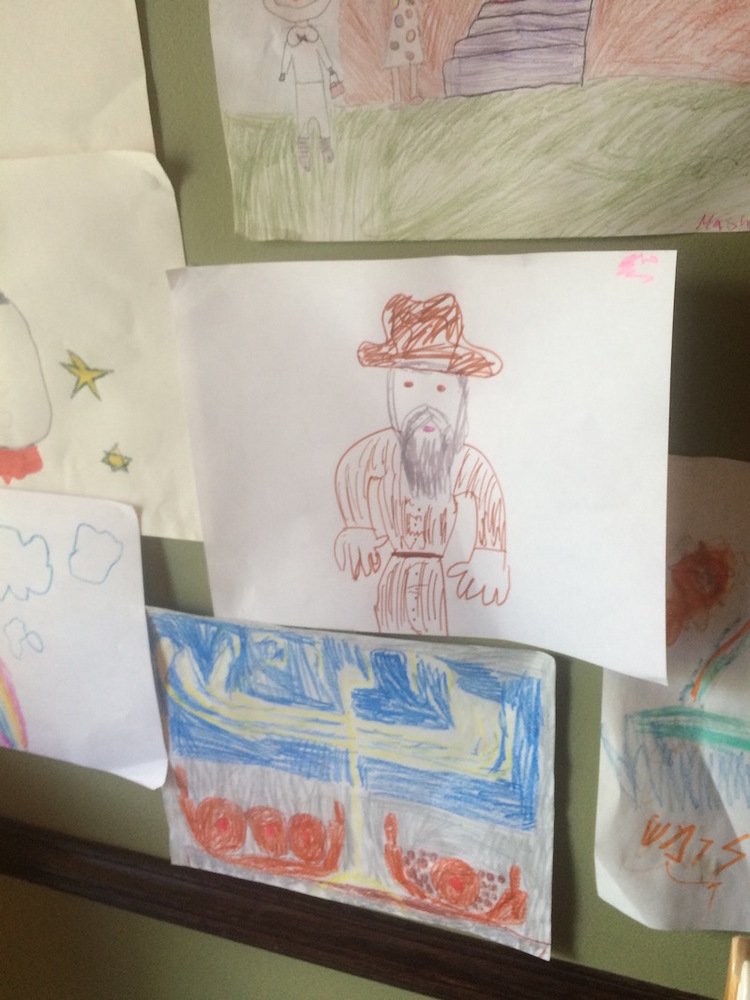 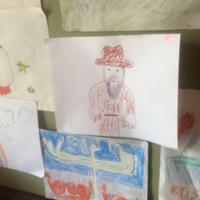 Many of the children's drawings hanging up in the back of Vitali's Bistro, a kosher restaurant in the eruv, incorporate parts of Jewish culture. 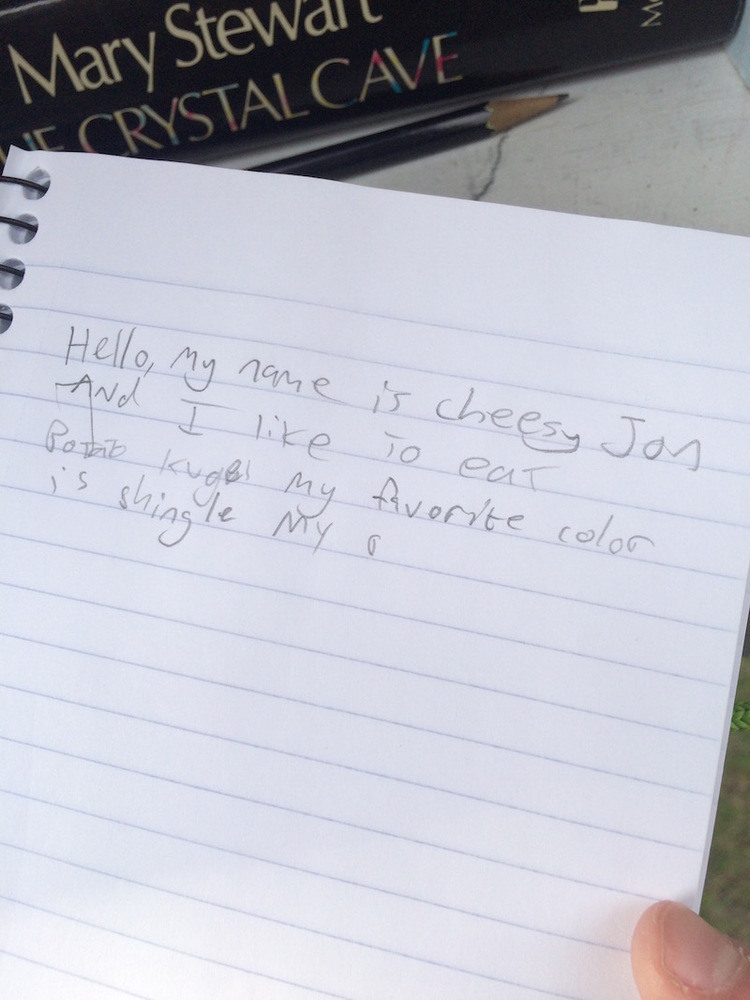 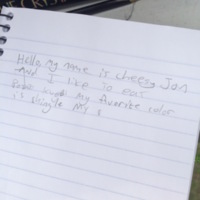 Letter from child in "My Little Library" box

A children's letter found in a My Little Library outside of a home in the eruv mentions "potato kugel," a popular Jewish food. 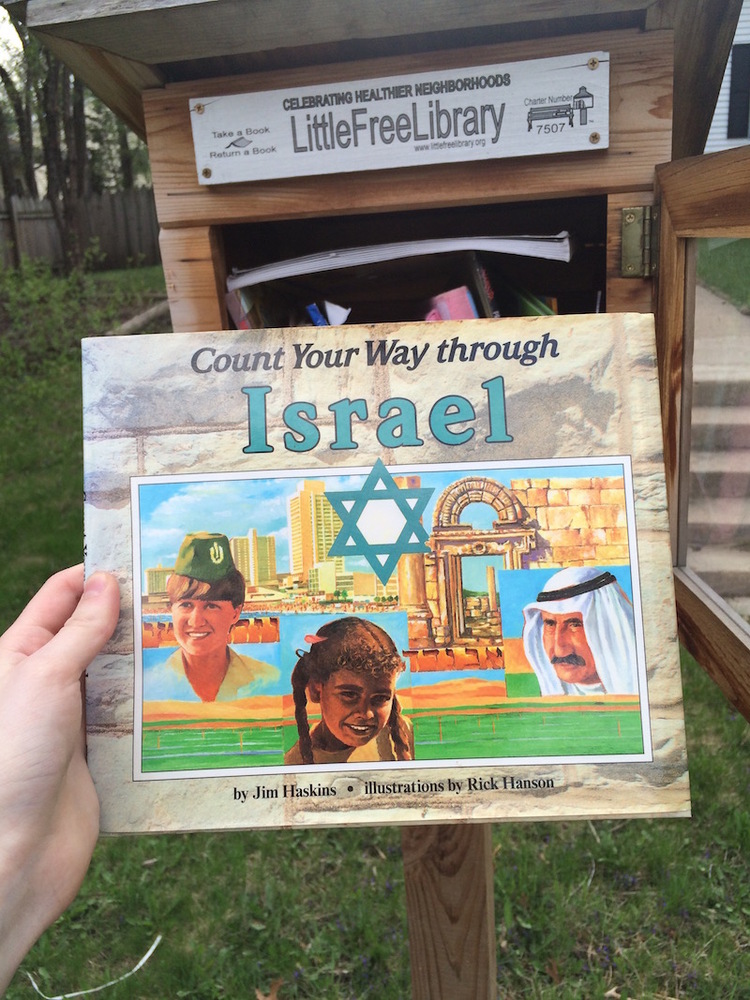 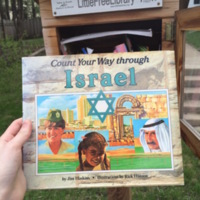 Children's book about Israel in a "My Little Library" box

A "My Little Library" outside of a home in the eruv contains a children's book about Israel.

Kids in the Eruv- One of the biggest benefits that the eruv offers to observant families, is the ability to carry their children, whether that means pushing them in strollers or merely picking them up, during the sabbath. Many observant Jews who live outside of the eruv boundaries will move inside once they have children.

Susan Silver, who was a central player in the campaign to construct the eruv, explained the many ways that it makes life easier for the very observant Jews in this community, especially mothers. Her husband, Tom, explained, “There were people who wouldn’t even carry a kleenex around in their pocket, even pushing your kids in a stroller counts as carrying so it’s really difficult for parents.”

“I remember one woman just begging her child, just trying to convince him to stand up on his own. It was pouring rain and he was just sitting there, he was probably about two, but she wouldn’t pick him up. He was just sitting out in the rain.”

“I invited her into the house because shabbos was almost over,” Susan adds, “but she told us she was a Lubavitch, and they observe shabbos for an extra half hour so we just had to wait it out.”

“With the Eruv it's all just a lot easier for the whole community."

Even for those who don't observe Shabbat as strictly, many choose to raise their children in the eruv anyway. Walking around town, it's not uncommon to see open doors, children's toys scattered across front lawns, and both Jewish and non-Jewish kids playing in the park.

“With the Eruv it's all just a lot easier for the whole community."- Susan Silver

In fact, many less religious Jews, feel that the presence of the Orthodox community makes the area ideal for raising children, religious or not. One Reform woman commented "raising my kids in the eruv was great. They loved growing up there because people were in the streets there all of the time, and it was safe. Orthodox people were walking to synagogue all of the time, and there were so many kids. It is an awful lot safer when kids are little, and there are tons of little kids walking up and down the street, even at night, and going to the park. The whole idea is the more people in the street, the safer it is. " 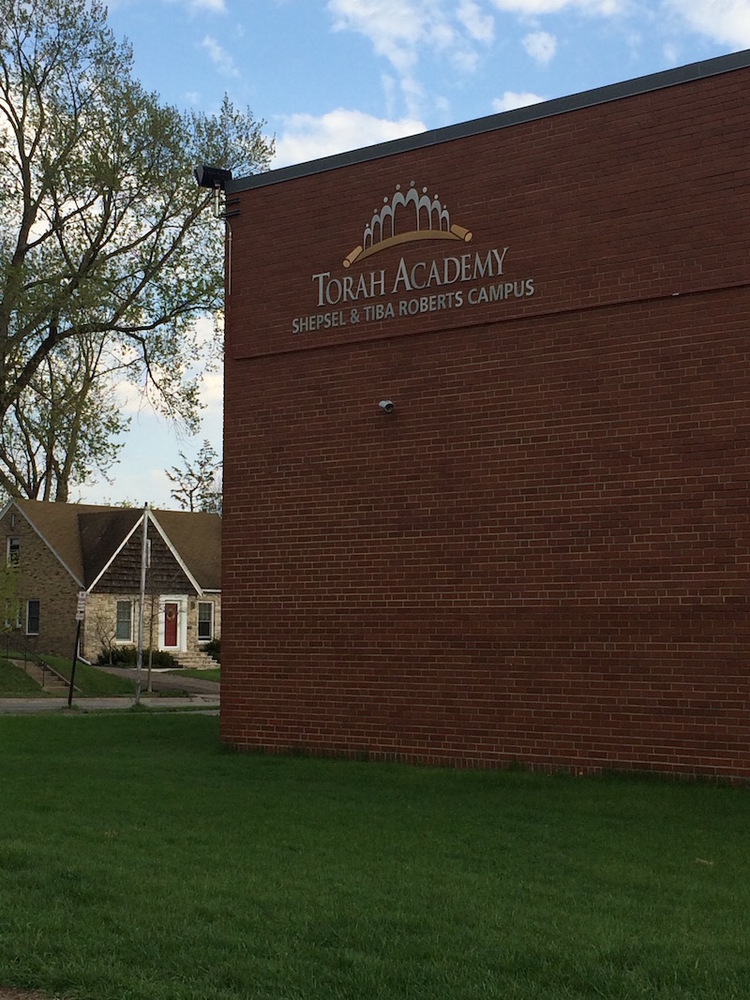 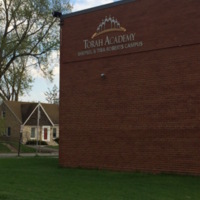 A Jewish school in the eruv 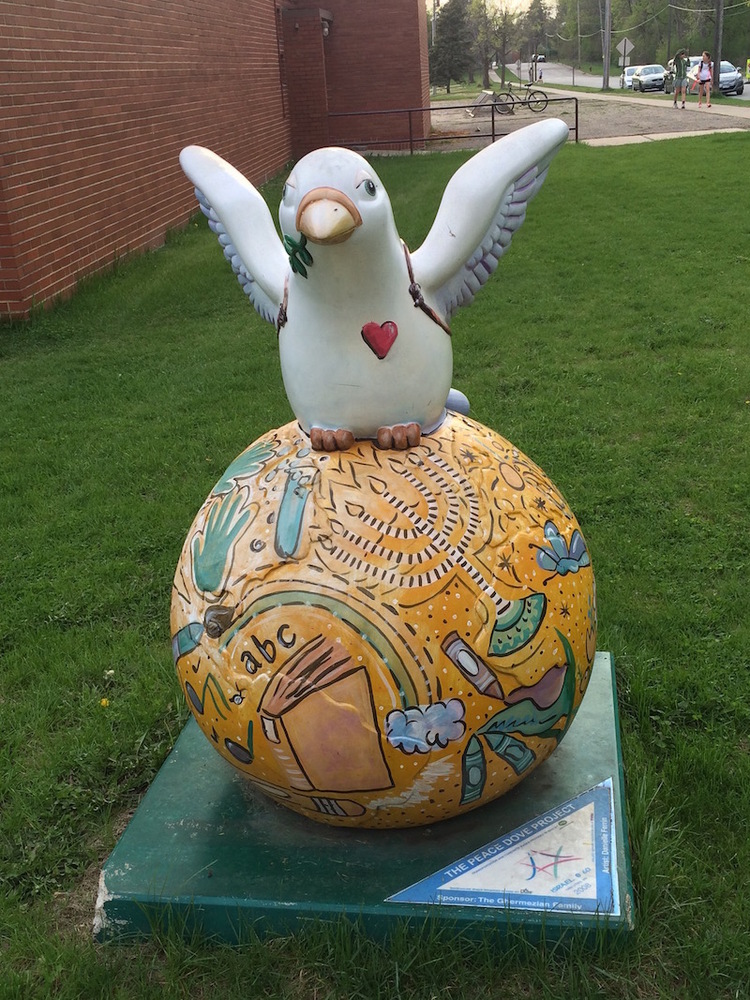 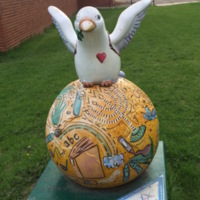 The Israel Peace Dove project was carried out in 2008 by the Jewish community of the Twin Cities area, to commemorate the sixtieth anniversary of the establishment of the Jewish State of Israel. The project erected several five-foot tall statues of doves in Jewish locations around the Twin Cities and St. Louis Park, hoping to celebrate Israel and promote peace. This statue is in front of Torah Academy in St. Louis Park, and is painted with educationally themed images that represent the Academy.

Jewish Education- For observant families in the eruv, sending kids to Jewish schools is an important part of passing on their religious beliefs to their children.

A popular destination for many families is Torah Academy, an Orthodox Jewish day school with about 260 pupils from grades K-8 in St. Louis Park. Founded in 1945 in North Minneapolis, the school moved several times before coming to St. Louis Park in 1971, and finally to its current location on Joppa Avenue in 1982.

Beyond Torah Academy many parents will send their children to the Yeshiva of Minneapolis (boys), or Bais Yaakov (girls).