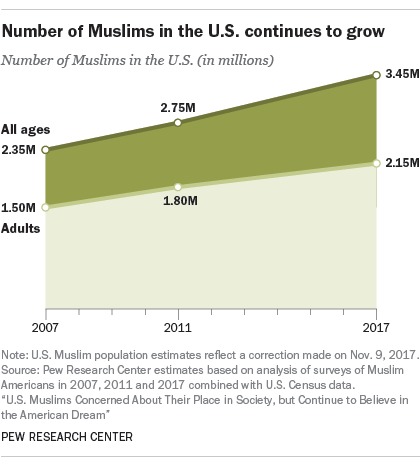 Number of Muslims in the U.S. continues to grow. Pew Research Center, used with permission.

Muslims in the US today are an incredibly diverse population. Pew Research Center conducted a 2017 survey of Muslims living in the US and estimated that there are about 3.45 million Muslims living in the US, making up approximately 1% of the population.1 Approximately 76% of US Muslims are immigrants or the children of immigrants, while the remaining quarter are US born with US-born parents, meaning that Muslims are three times more likely to be immigrants compared to the total US population.2 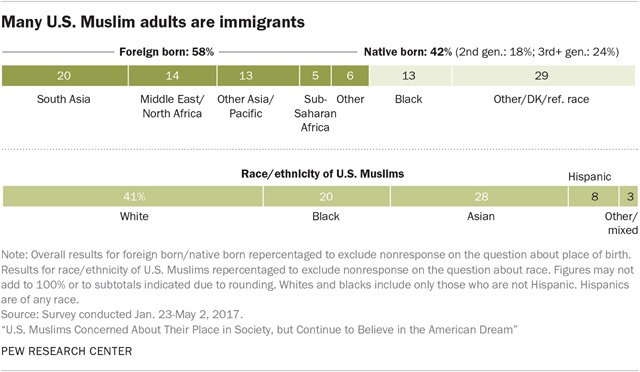 Muslim immigrants come from all over the world, with the two largest regions of origin South Asia and the Middle East and North Africa.3 However, no one country contributes more than 15% of Muslim immigrants to the US, and 42% of all American Muslims are US-born.4 Additionally, 82% of Muslims in the US are citizens, including both US-born and naturalized immigrants.5 Finally, US Muslims are racially and ethnically diverse: 41% identify as white, a category that includes those who describe their race as Arab or Middle Eastern, 20% as Black, and 28% as Asian.6 Of American Muslims who are US born to US-born parents (third-generation), 51% are Black.7 Furthermore, these statistics do not capture the rich cultural diversity of American Muslims and religious diversity of belief and practice among American Muslims. 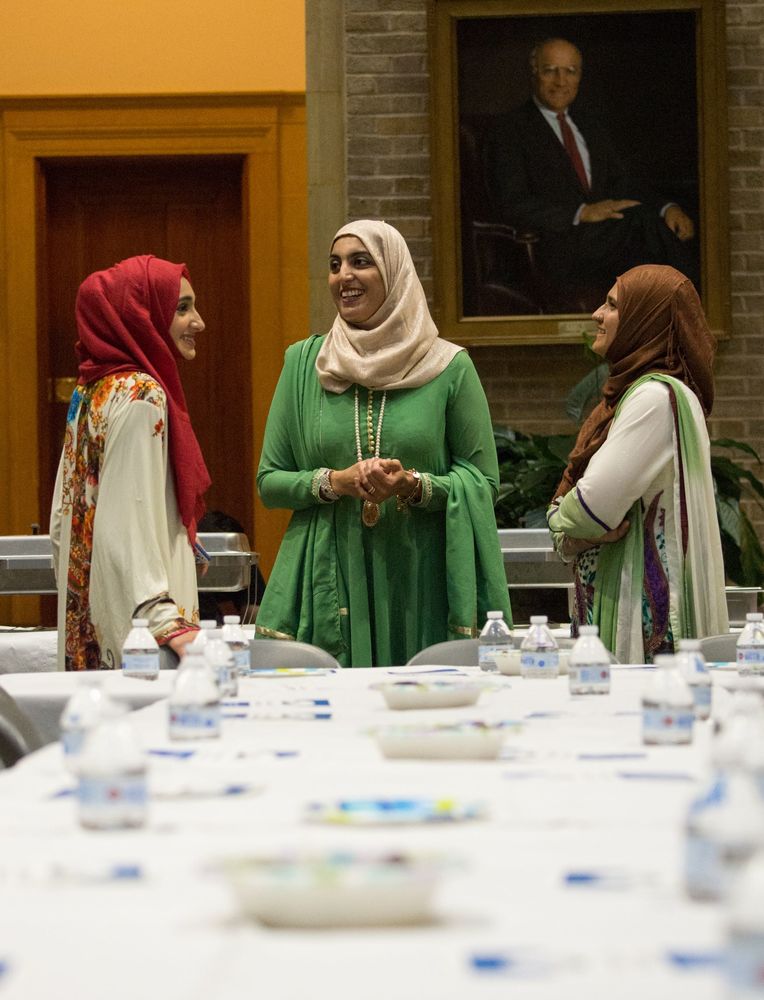