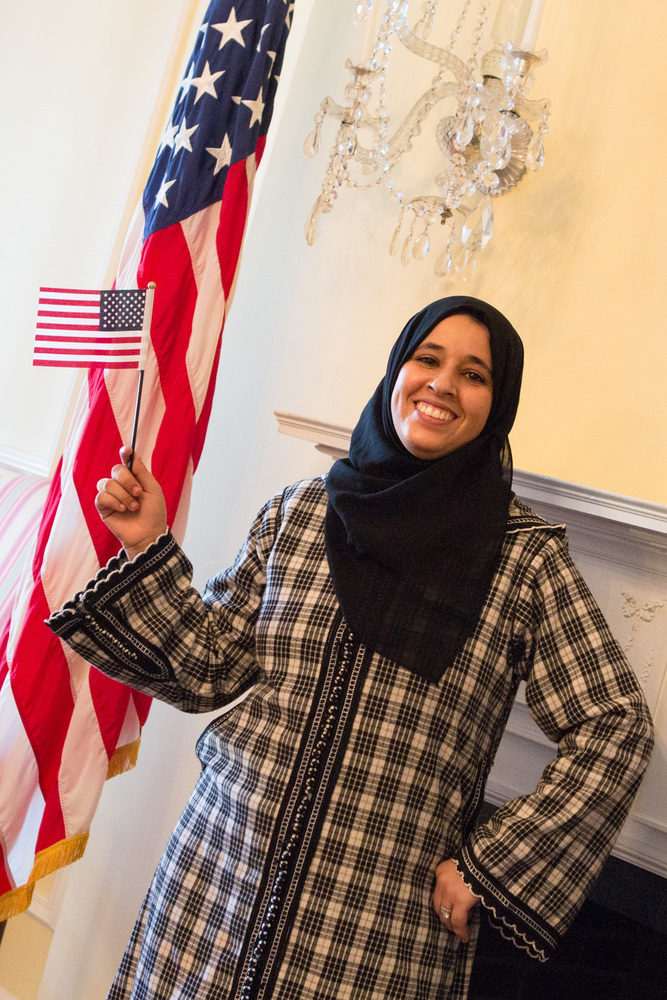 A newly naturalized US citizen

In 1965, President Lyndon B. Johnson signed the Hart-Celler Act, a new immigration law that began to undo the racist immigration quotas created in legislation in 1924 and 1952.1 This opened the door to greater immigration from places with significant Muslim populations. Between 1966 and 1997, approximately 2,780,000 people immigrated to the US from places with large Muslim populations; some demographers estimate that approximately 1.1 million of the immigrants who came during that period were Muslims.2 In that estimate, approximately one-third came from North Africa and the Middle East, one-third from South Asian countries, and the rest from all over the world, including Iran, sub-Saharan Africa, Southeastern Europe, Turkey, the Caribbean, South America, Canada, and Southeast Asia.3 Immigration during this period had significant socio-economic implications, because it privileged those who were deemed to have specialized education and skills.4

While that trend has continued, greater numbers of Muslim immigrants have come to the US for reasons beyond the professional and educational.5 Refugees and other immigrants have arrived to escape war, famine, political turmoil, and ethnic cleansing. Over the past forty years, Muslim immigrants have come from a number of countries, including Afghanistan, Somalia, Lebanon, Sudan, South Sudan, Ethiopia, the former Yugoslavia, Iran, Iraq, and Palestine.6 The ethnic, linguistic, racial and cultural diversity among Muslims has become increasingly complex with each new wave of immigration.