The First Muslims in North America

Muslims were first brought to North America in large numbers between the 16th and 19th century, although some claim they were present earlier as well. These historians posit that Muslims may have been present in North America as early as the 12th or 13th century, coming on ships as merchants, sailors, colonizers, and traders.1 While the evidence for these claims is scant, the implications are not insignificant. About the legendary explorer Estevanico, a Portuguese slave called “the Moor,” scholar Edward E. Curtis IV argues: “Whether Estevanico was an actual historical figure remains a matter for debate, though his presence in historical lore reflects, at least symbolically, the likely presence of Muslims among explorers and settlers from the Iberian peninsula.”2 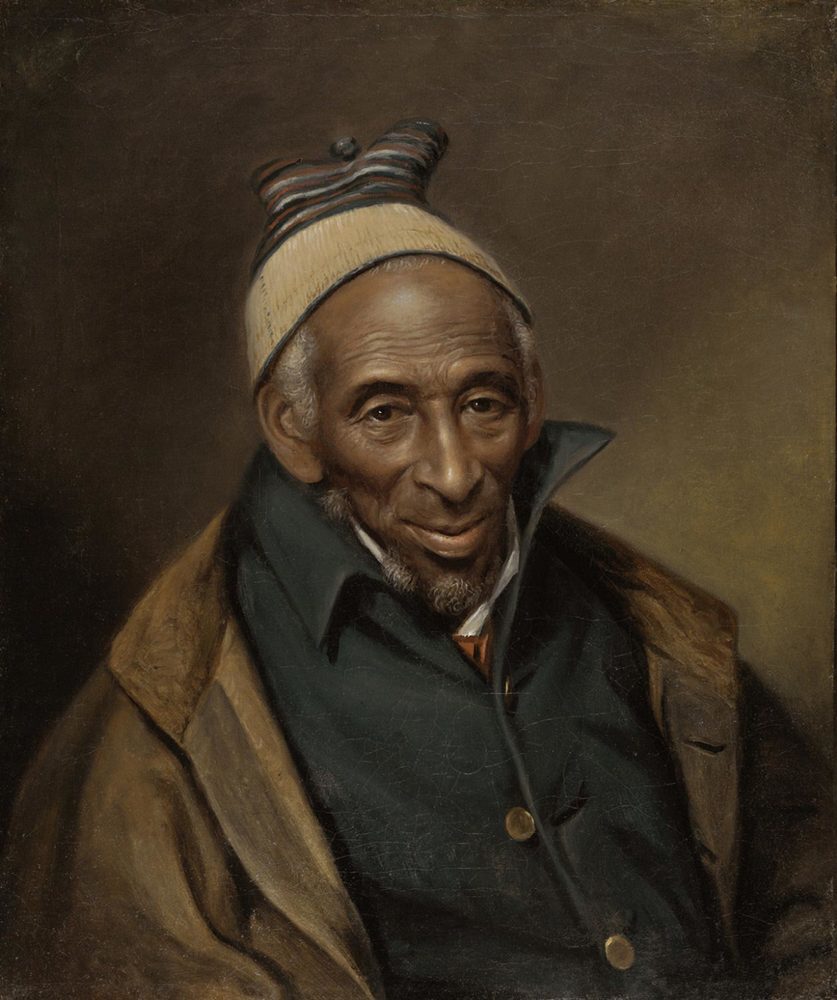 It was not until the slave trade that the first significant population of Muslims was forcibly and violently brought to North America from Africa. An unknown number of the estimated 10 million enslaved Africans practiced Islam, and estimates range from 10 to 50 percent.3 Once here, many slaves were forced to abandon their traditions and to convert to Christianity.4 Some continued to practice Islam, but due to the necessarily secretive or, at the very least, private nature of their practice, much is still unknown about what and how traditions were preserved, transformed, and lost. 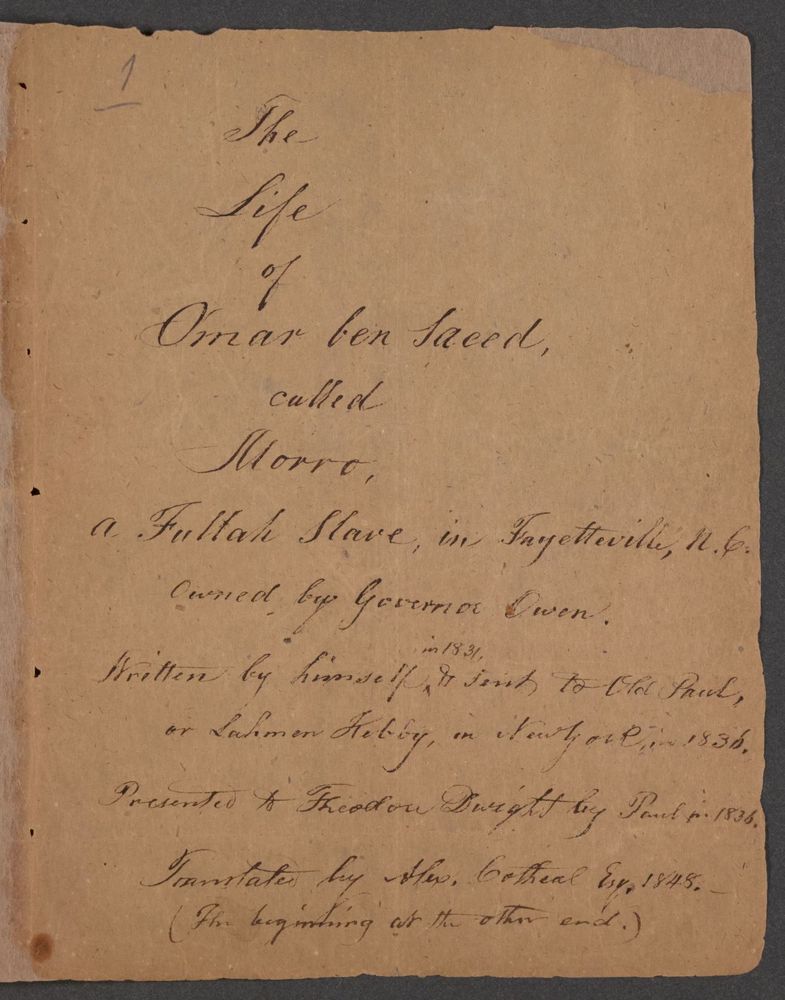 Title Page of The Life of Omar ibn Said 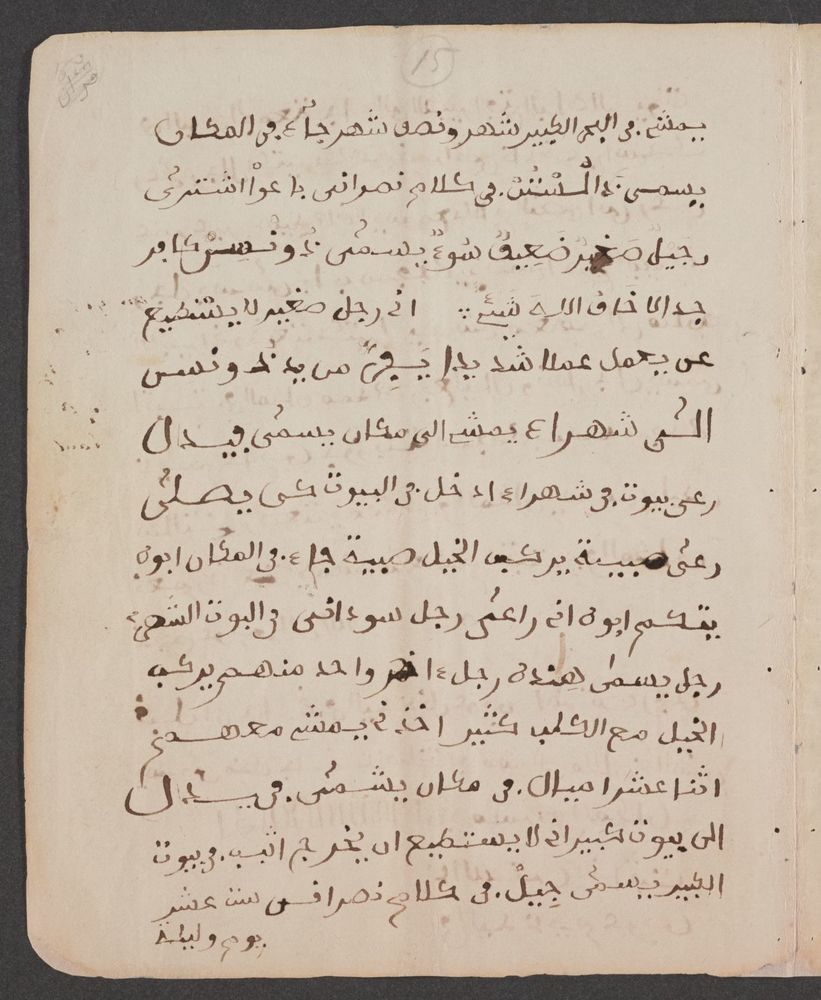 Image 17 of The Life of Omar ibn Said

Unquestionably, some continuation of Muslim traditions and thought did occur. Historian Michael A. Gomez, who studies the influence of Islam among Africans in North America, asserts that “the Islamic influence on slaves [was] certainly greater than what scholars had thought previously.”5 There is substantial documentation about a few enslaved Africans who were Muslim and quite well known in their day, including Ayuba Suleiman Diallo, Abd al-Rahman Ibrahima, Omar ibn Said, Bilali Muhammed, and Yarrow Mamout.6 Islam seems to have persisted to a greater extent in isolated communities with large populations of enslaved Africans, such as those along the Georgia and South Carolina coasts. This seems to be the case on Sapelo Island in Georgia, the location of the plantation of the man who bought Bilali Muhammed. Contemporary evidence indicates that Bilali maintained his Muslim faith, and even passed it along to his children.7 Bilali wrote a short piece on Islamic legal topics in a mix of languages that survives, demonstrating that he had formal Islamic education in Africa.8 Oral histories provide further insight into Muslim life on Sapelo Island. In the 1930s, workers in a New Deal-funded program collected oral histories of Sapelo Island residents who testified to the Muslim identity of their ancestors, including Bilali, including specific references to praying multiple times a day at specific times and in the direction of Mecca.9 While these sources point to at least pockets of vibrant Muslim practices throughout the nineteenth and perhaps into the early twentieth century, there is no evidence “that [enslaved African Muslims] established self-sustaining, multigenerational Muslim American communities.”10