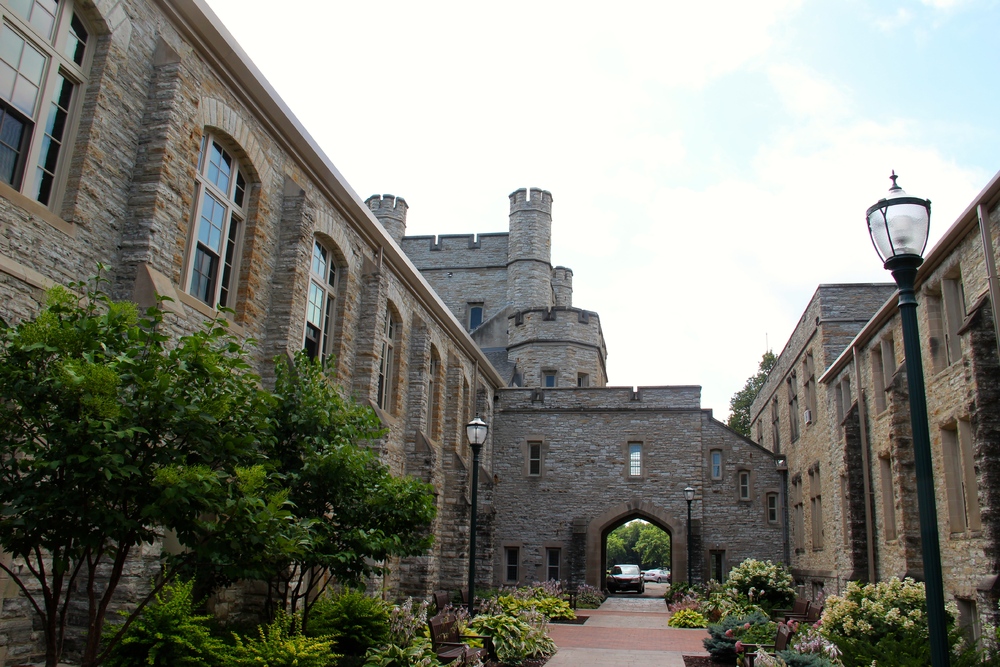 View of some of Shattucks historic buildings in the summer of 2016.

Faribault however, is not only home to public schools. Although Faribault only has roughly 23,000 residents, it has several private education options. The city of Faribault has been heavily invested in education since its establishment as a fur trading post. At the turn of the century, the town was nicknamed ‘Athens of the West’ in reference to the wide variety of educational opportunities available. Currently, Faribault has a public school system consisting of three elementary schools, a middle school, and a high school, as well as numerous private and religiously affiliated schools ranging from a Dominican Catholic Academy to the historic Shattuck-St. Mary’s School.

In 1858, Rev. Dr. James Lloyd Breck established the Episcopal mission school and seminary that eventually would morph into Shattuck-St. Mary’s School in 1972. Shattuck-St. Mary’s School is a private co-educational boarding school for grades 6 through 12 affiliated with the Episcopal Church. Shattuck gained national recognition for its ‘Centers of Excellence’, which have grown to include hockey, soccer, figure skating, golf, and the arts. It numbers a Pre-Conservatory Strings program and a Center for Academic Excellence among its many academic offerings.1 With fewer than 500 students and almost 100 faculty members, class sizes are small and the student-teacher ratio is low. The school sits on 250 acres of land, and many of its buildings are listed in the U.S. National Register of Historic Places.2

While Shattuck-St. Mary’s is religiously affiliated, the day-to-day impact of religion is very limited. Shattuck-St. Mary’s accepts students of all denominations, but students attend chapel during the week. Their website states that the “school Chaplain will help students find nearby instruction or worship services in their own faith for weekend worship”. While one credit of Religious Studies is required for graduation, the requirement can be fulfilled through a survey course of the Bible through a Christian and Jewish lens, or through a World Religions course.

Bethlehem Academy
Bethlehem Academy is a private Roman Catholic High School that offers grades 7 through 12. Established in 1865, it originated in a house purchased for five Dominican Sisters from Benton, Wisconsin by Father Keller. The house eventually became a home for boarders, a convent, and a school. The first teachers at Bethlehem Academy were thus Sister Josephine, Sister Gertrude, and Sister Imelda.4
A Methodist freshman at Faribault High School expressed her desire to attend Bethlehem, but was deterred by the price tag:

“I was going to go to Bethlehem Academy this year…(Interviewer: What changed your mind) My mom couldn’t pay for it cause it’s like 8,000 dollars a year.”

Her friend, a Catholic freshman, described her frustration at being sent home for wearing religious slogans:

“It’s really cool cause [at Bethlehem Academy] they let you express your religion…they can wear crosses on their neck and Jesus stuff, but [at Faribault] you can’t really wear anything that expresses your religion.”

She argued in favor of Bethlehem Academy’s policy on public religiosity, but also shared her friend’s qualms with the school’s tuition.

While the school began as an all-girls boarding school, it began admitting boys in 1935 and no longer accepts boarders. Bethlehem Academy is particularly accomplished in athletics, as their volleyball team won the school’s first ever Minnesota State High School League state championship in 2003, and has since won six more times since then. It recently implemented a one-to-one laptop program, and tuition as of 2016 stands at $6,205.5