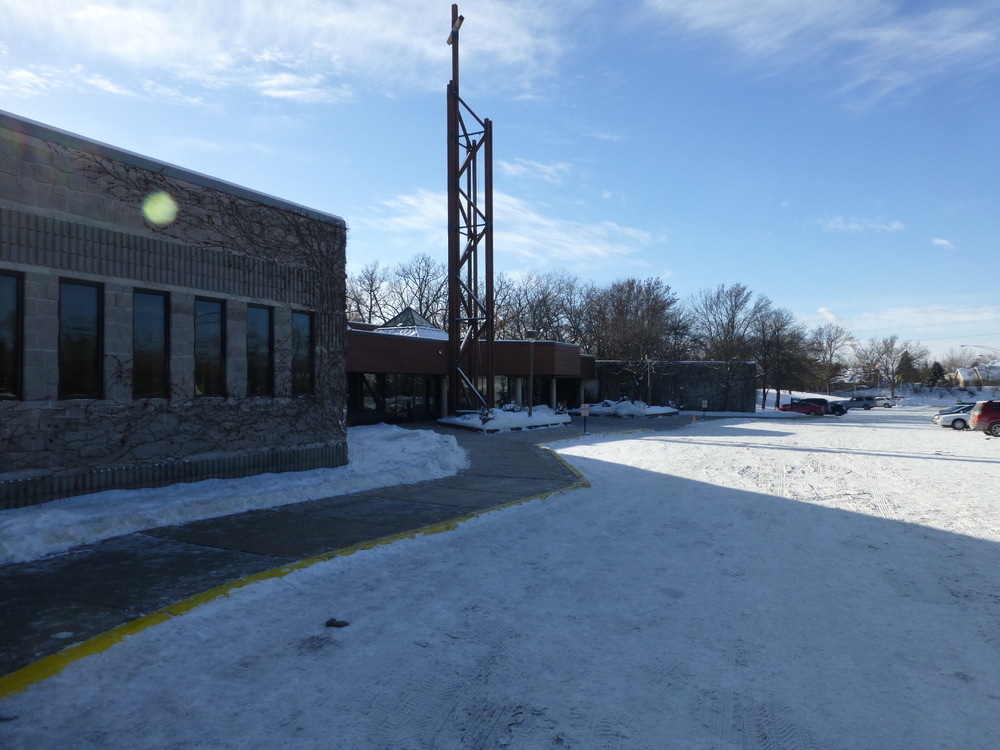 Outside View of St. John Neumann Catholic Church in Eagan

St. John Neumann Catholic Church offers one experience of suburban religion. Located in Eagan, just south of the Twin Cities, it is indeed part of a suburban reality. Consider the fact that Eagan hosts 64,000 residents and St. John Neumann’s membership, comparatively, is 14,000. Twenty-eight-percent of Eagan residents identify as Catholic. The median household income is $67,000. St. John Neumann offers a once-weekly service in Spanish, accommodating to the 2.5% of residents who are classified as Hispanic.1 There is not very much diversity in comparison to Spanish-speaking and immigrant communities in the Twin Cities. Eagan is indeed an example of a suburb, home to St. John Neumann. 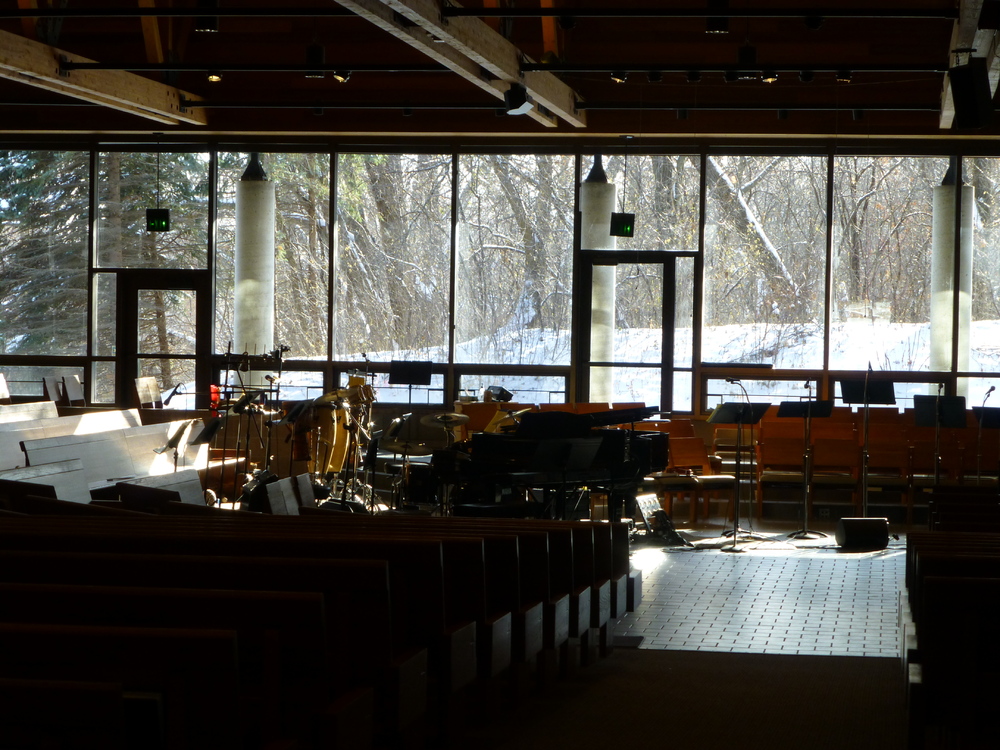 Schroeder et al, in their review of this trend, find that suburbs serve as representations of changing religious ideologies. Historically, “the church-state separation gave impetus to the privatization of particular religious traditions, for no religious tradition could legitimately claim to speak definitively in the public sphere…they needed to appeal to values shared by other people. Taken together, the need for inclusive commonly shared norms and the privitization of particular religious beliefs fostered the emergence of an American public religion, dominated by Judeo-Christian motifs.”2 Suburban churches, then, needed to be welcoming but not overbearing, subtle but still meaningful, religious but open-minded. Stepping into St. John Neumann for the first time, even as a far from practiced Catholic, I was overwhelmed by a feeling of relief and comfort. It felt friendly, homey, and safe. The first Mass I went to began with soothing music offered by a band staged up front and comfortable, spacious seating for people to practice their faith in the way that they wished.

Members sat alone and with families. Some were dressed formally, but many wore the sports uniforms from their weekend games or the comfortable clothes of relaxed Sunday mornings. The sense was that if you desired to be a part of the community, feel free to enter, but if you wanted to experience your faith as an individual, that was just as easy to come by as well. Thus, the open-minded inclusiveness and relatively relaxed approach of the suburban church was felt immediately.

There is no strict expectation for a certain identity to be practiced at St. John Neumann, although the majority of its members are evidently from the suburbs – white and bearing the clues of the middle class. In considering this, Shroeder et al assert that so-called “authentic religion always fosters a vision of the inclusiveness of the whole, a sense of the common good, and a concern for the well-being of all humankind. These impulses are perennially limited by the conditions of the human existence, for the bearers of these impulses are also bound to particular class, status, ethnic, nationality, and cultural groups.”3 This is the dynamic that one experiences at St. John Neumann.

Renn, in his evaluation of suburban religion, argues that not only is there less sacred space in the suburbs, but “the comparative lack of sacred space is one of the distinguishing characteristics of the suburb that makes it “sub” urban, that is, in a sense, lesser than the city.”4 It is not that he is comparing the raw data of urban space of religion with suburban spaces. Rather, he is recognizing that people have asserted certain spaces as sacred over time and what might be deemed not necessarily religious, i.e. a water fountain, is actually considered sacred. Suburban places do not have this history. Instead, structures must be created specifically for the purpose of practicing religion and sacredness and is built and manufactured in the name of someone considered holy or saintly. Renn claims that modern church architecture is “poor and disposable” because it diminished the impact of sacredness in the space.5

While there is something legitimate to be considered here, I might argue that in the case of St. John Neumann Catholic Church, the space created within it is calculated and purposeful and entirely full of meaning. While it might have been built to foster an environment of sacredness, that does not discount the fact that it is meaningful and sacred.

Catholicism, especially, relies on a theology of place and uses architecture and art as a way of telling the story of the gospel.6 While Renn argues that “only in the suburbs are Christians still concerned to build sacred spaces, that is, spaces specifically dedicated to the celebration of and immersion in the holy, the divine,” one must consider the deeper framing question within this assertion: is sacred space primarily a function of architecture or is it primarily a function of the character of the communities that dwell in the built environments of suburbia?7 St. John Neumann is a sacred space because of the meaning built into its very design. Who is to say that all sacred spaces are not created for the very purpose of their utilization as something sacred? An urban location might be claimed as sacred, just as a suburban one, like St. John Neumann is erected with its sacredness in mind.