Finding Meaning in Everything: Church Aesthetics 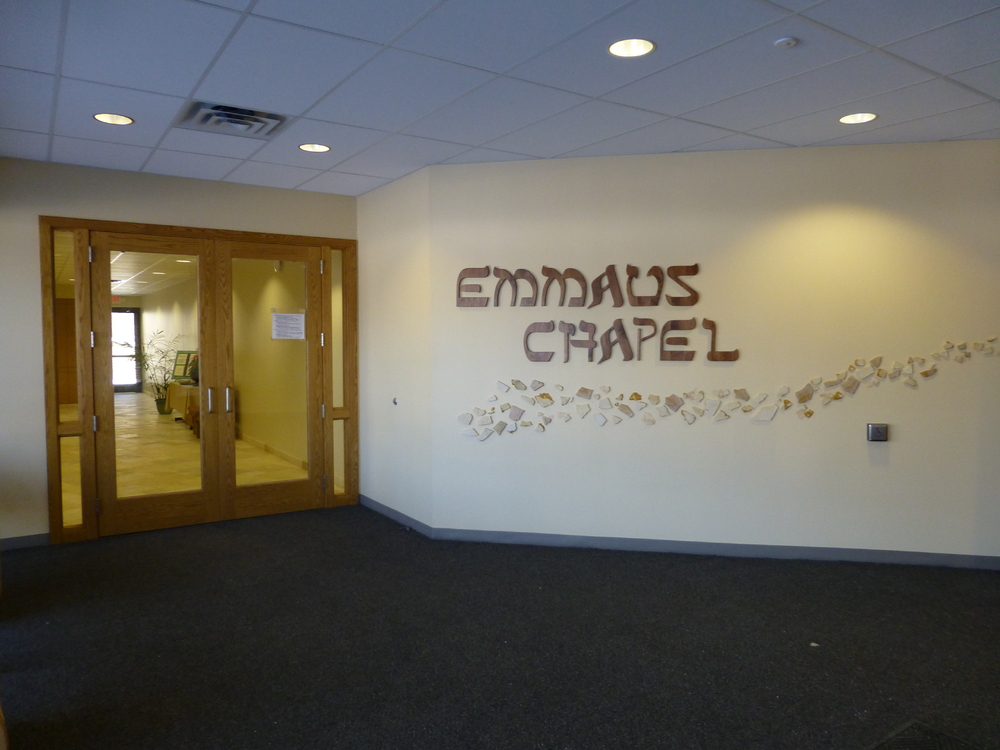 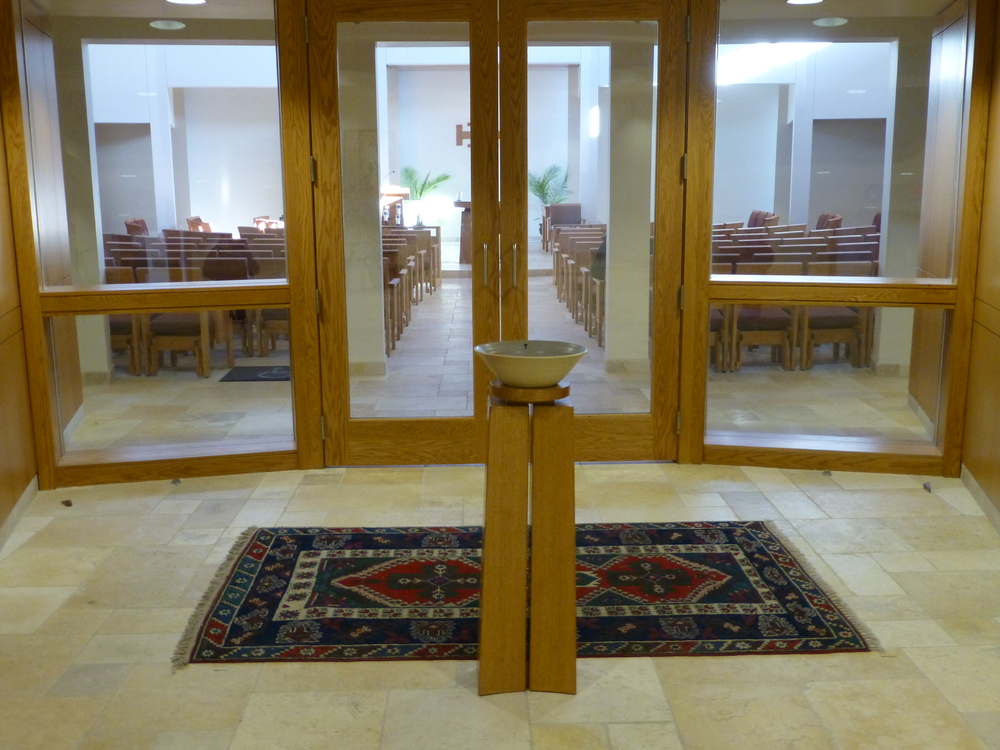 Turn left and walk down a hallway through two set of doors to find the serene Emmaus Chapel, a newly-built sanctuary attached to the Church. Everything within it has meaning, from the architectural design to the religious sacraments to the story behind its name. Not only is there meaning, but Church members think it is important that the meaning be known and understood. Brochures are available online to explain the story, YouTube videos featuring liturgical figures from the Church detail the timeline of its construction, and even those that we interviewed were happy to talk about it. Down to the subtle stained glass image hanging outside of the entrance that depicts butterflies as a means for referring to the new life of the Resurrection, there is a purpose behind everything. Before it was built, the Church hired a liturgical design consultant to assure that its architecture told the story of the walk from Jerusalem to Emmaus.1

Told in the gospel of Luke, this story refers to the disciples who walk together along the road from Jerusalem to Emmaus. Blinded by their preoccupation with their own immediate troubles, they feel hopeless and overwhelmed until they happen upon Jesus Christ risen, who walks with them and asks them to remember their faith. To this Church, “Emmaus” describes the spirit of the community – one in which people find brothers and sisters with whom to form their faith in Jesus. Furthermore, the Emmaus ministry within St. John Neumann is one that places importance in retreat experiences, ongoing faith sharing, and communal service. Therefore, this space is one in which that mission is lived out.

As Kilde asserts, in her analysis of the transformation of evangelical architecture, “In religious buildings, individual believers experience spiritual, emotional, and psychological power or well-being from both proximity to divinity and interaction with other believers.”2 Thus, this space acts as one that brings community and faith together and inputs meaning into everything that is practiced. The sacredness of the space is, therefore, critical to creating an experience that fosters the mission of the Church. 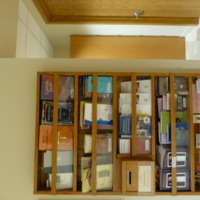 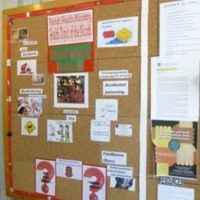 Indeed, “the Christian journey is expressed through sacred space” as you move through Emmaus Chapel.3 One must not assume that anything is placed there without thought and history behind it. The atmosphere of Emmaus Chapel even asserts a sort of meaning – that of community and a bare religious experience. The space is small and intimate for such a large congregation – this is where weekday Mass is held.

Aside from the shelf full of Catholic life pamphlets that address an array of topics, this place is wholly about practicing and becoming a part of your religion. These brochures are in abundance at the main entrance of St. John Neumann Catholic Church. They are placed beside the board of community events, Health Topic of the Month, and bulletins from the Catholic Office of Marriage, Family, and Life, all of which are strategically placed next to a space set aside for couches, chairs, and tables adorned with boxes of tissues. It is a space for quiet discussion located off to the side of the vast, open main room. It is meant for people to be approachable, to instill a feeling of community and openness, but also to grant discussions some privacy. 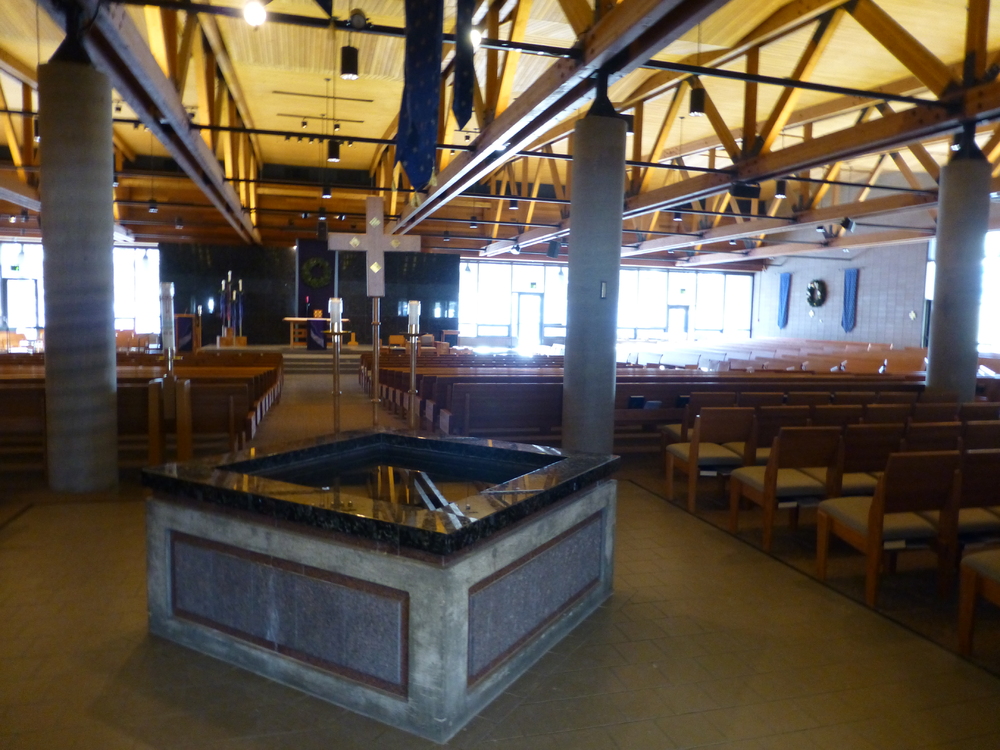 St. John Neumann Catholic Church is also an integral component of the suburban landscape. It has shaped and also been shaped by the place in which it exists. According to Jacobs, the suburban church is a built, structured environment of religion, forced upon the landscape and created for the purpose of shaping spaces of lived religion.4 In a way, it is manufactured to assert some sort of “authentic” religion. But authenticity is fluid and debated – what is authentic is entirely relative. Jacobs argues that “so many Catholics are made miserable by their own recent church architecture…and that the real problems with most recent church architecture is that they are crossing denominational boundaries because buildings are the product of an architectural profession.”5 Thus, the new Catholic church is one that seeks inclusivity with its ambiguous architecture and has become an experiment for creating designated spaces of community.

While from the outside, St. John Neumann does not appear to be the sacred space that it is, we find a hint of religiosity in the structure that stands outside. A tall, wooden masterpiece, blending in with nature until you notice the cross at the top, the structure stands as an assertion of its Christian identity within the suburban environment. Driving by, you see little but the cross poking over the hill that hides the church and you know that this is a spot of lived, prescribed, designed sacred religion. In comparison to the old urban churches that stick in our minds (think the Cathedral of Saint Paul overlooking Summit Hill) this one might be more subtle, but is nonetheless a designated place of practiced Catholicism, erected with the meaning behind faith in mind. 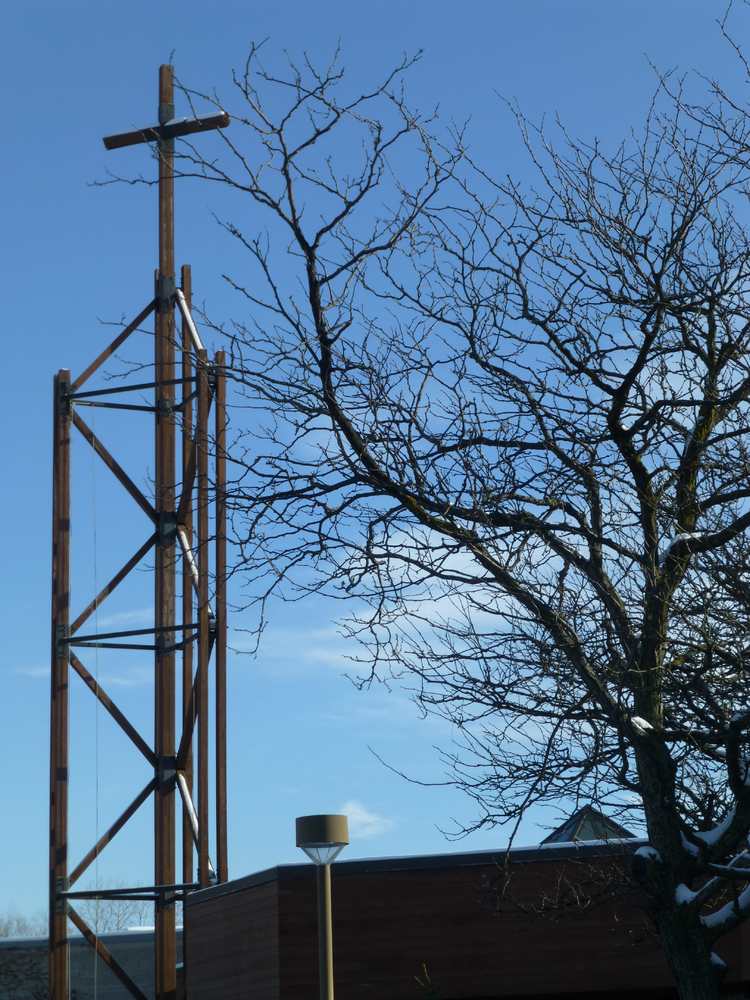