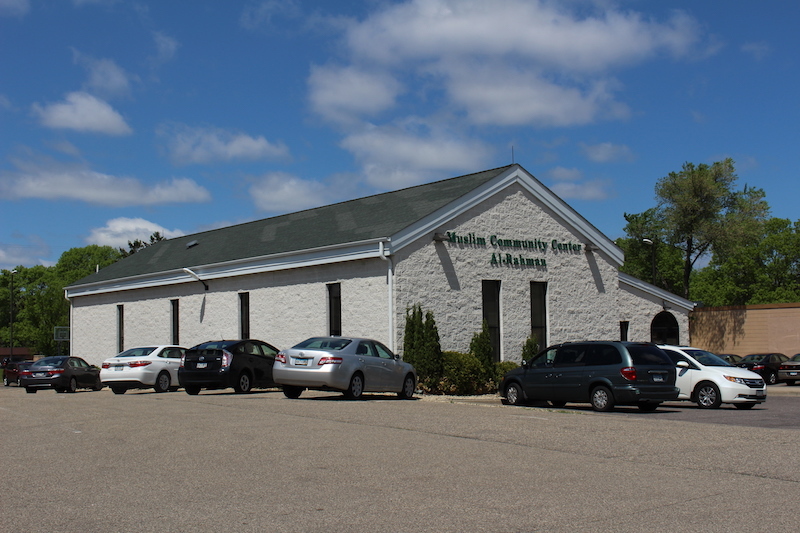 In 1992, with a Muslim population of only about 5,000 in Minnesota, there were limited places to worship. The Islamic Center of Minnesota, located in Dinkytown, was the closest mosque south of the metro and many observant Muslims inconveniently forced to take off from work to attend Friday services. As the number of Muslims increased, a small community began to form and informal and formal prayer services were offered in the South and southerwestern suburbs of Minneapolis. Prayer services often rotated between locations in Richfield, Bloomington, Shakopee and Eden Prairie.1 The community soon began renting a room in the Richfield Community Center to accommodate the ever increasing Muslim population and offer formal Friday (Jum’aa) services. Word started to spread and more and more Muslims attended the services in Richfield. Within three years, the community grew from a handful of families to 300 active members and attendees. As the community expanded, there was an interest in having a place of their own.2 No longer content with their rented room in the Richfield Community Center, they sought to develop a space that would provide more extensive services for the Muslim community.

The initial project was estimated to cost $300,000. Each family began to contribute and raise funds for the project. Although the location was not ideal, next to the freeway and in a run down area, community leaders purchased the plot of land for $70 -80,000.3 After the purchase, it took three and a half years to obtain the required permits to build the mosque, joining the increasing list of mosques and Muslim institutions that have struggled or are struggling with zoning laws. Just recently, the proposed Islamic cemetery in Farmington, Minnesota finally received the permits necessary from Dakota County township late January 29, 2016 after the plans were rejected back in August 2014.4 The MCC faced initial opposition and hostility expressed by the residents in the area. In particular, one resident a block away claimed that the mosque would bring an incredible amount of noise to the residential area. The resident complained that a single quarter dropped in the mosque could be heard from her bedroom. Others continued to complain that the new mosque would bring traffic to the area, as the Muslim Community Center had only planned a parking lot with 81 slots. While the MCC was met with some opponents, it also received widespread support from others in the community. The pastor from the church a few blocks away encouraged others to support the building of the new mosque. He assured critics that traffic would not be an issue, personally offering the Church’s parking lot with over 400 spaces to be used by the center.5 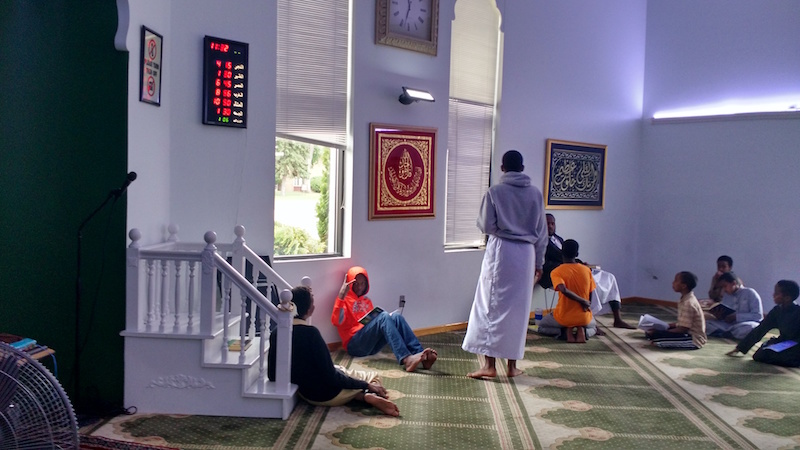 Although these impediments led to frustration and multiple meetings with the city and the mayor until finally the permit was issued and the construction of the 8,000 sq. ft. Masjid finally began towards the end of 1997. Taking two years to build, the new Masjid was officially inaugurated in 1999, during the Holy Month of Ramadan. In addition to becoming the largest Muslim Community Center in the southern suburbs of Minneapolis, at the time of its constuction, the Masjid Al Rahman was also the first Masjid in Minnesota to be constructed from the ground up. Most other masjids and Muslim Community Centers in Minnesota are found in converted spaces. In a relatively short period of time, the MCC grew from serving 300 Muslim families to over 700 local Muslim families. Located near Minneapolis and the Mall of America, Muslims attend services on the way back from work, adding to the 15,000 Muslims visiting daily.1

Since the construction of the mosque, the MCC has expanded, opening up a clinic in 2007, in the building adjacent to the Masjid, and in 2009, purchasing the building next to the clinic, a former Chinese restaurant, and converting it into a school.2 Providing a wide range of educational opportunities, for both Muslims and Non-Muslims, the MCC school strives to cultivate a more genuine understanding of Islam in the community, especially among the next generation, and focuses on being open to all those seeking the comforts of Allah, catering to a large range of Muslims.