Insight: Meet some of the Workers 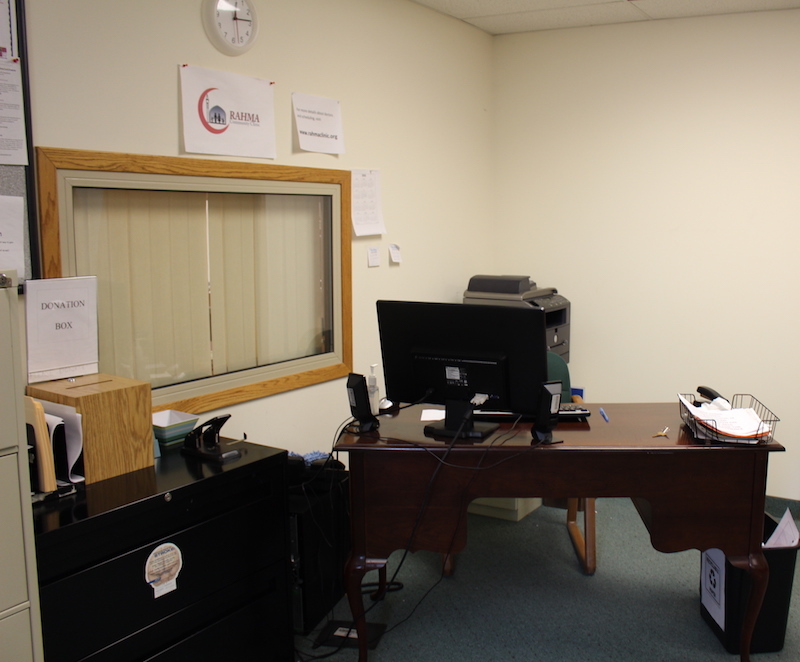 Iqbal Kazi is often the first person to greet you when you enter the Al Rahma Clinic. He is in charge of scheduling patients, volunteers, doctors, and the overall administration of the clinic.

Iqbal Kazi, in addition to serving as the treasurer of the Muslim Community Center of Bloomington, has been the coordinator of the clinic since its opening. Originally from India, Kazi came to the United States in the 70’s and has been with the MCC since its founding. He is in charge of scheduling the doctors and volunteers as well as the appointments.1 Kazi expressed concern that the number of patients visiting the Clinic has declined. “We used to get very busy, fifty to eighty patients, but after Obamacare, the number has reduced to ten to twelve” but there are still a significant number of people who are not receiving the full care they need, especially with the high costs of co-pay. Although the restricted time span of 3 hours a week limits the clinic to ten patients every Saturday, Kazi hopes expand its patient base, especially to those outside the faith, and is ready to accommodate to this increase if necessary with two doctors each shift working instead of one.2

It is part of our faith to give back, donating not only money but also time… and to use whatever influence and knowledge we have to help others.

Imran Moleazay and Mehdi Khan are both graduates of the University of Minnesota and volunteers at the Al Rahma Clinic, volunteering regularly every Saturday. Imran has volunteered at the clinic since November 2012, though he and his family have attended services at the Masjid at the MCC since the late 2000s. After volunteering at the Hennepin County Medical Center in downtown Minneapolis for five years, Imran was looking for a more hands on experiences and the Al Rahma Clinic provided the perfect opportunity. As Imran expressed, the clinic was “a direct way to give back and interact with patients.”1 Unfortunately, Imran will be leaving in the summer for graduate school, but before he leaves, he will actively be working with the administration to promote the Clinic and attract more volunteers and doctors. 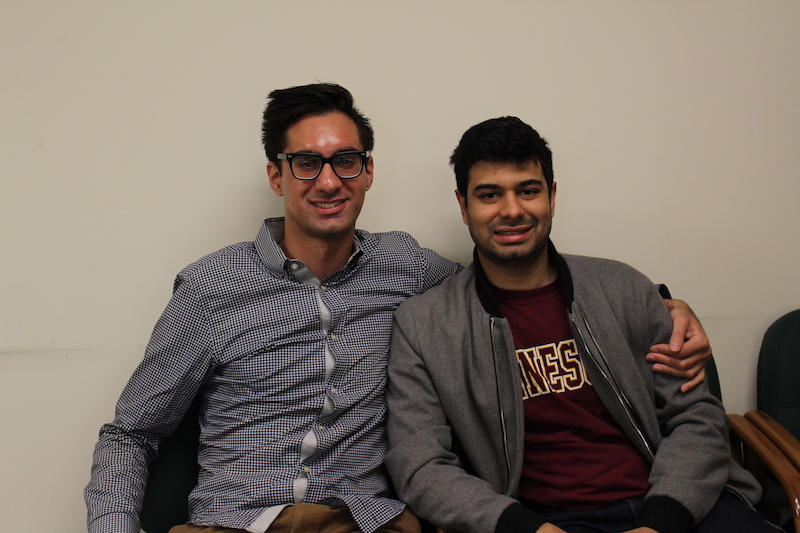 Imran Moleazay (left) and Medhi Khan (right), recent graduates of the University of Minnesota, are volunteers at the Rahma Community Clinic.

Likewise, Mehdi, after hearing about the volunteer opportunity from Imran, joined the Al Rahma Clinic the following year in January 2013. Mehdi is currently a Nursing Assistant at St. Anthony Health Center in Minneapolis and is applying to medical school. According to Mehdi, working at the clinic “shows how healthcare is really important. Even with insurance, needs are still not met and sometimes unreasonably expensive… We are here to fill some of those gaps. As he explains, "It is part of our faith to give back, donating not only money but also time… and to use whatever influence and knowledge we have to help others."1 Although he plans on leaving to attend medical school next year, Mehdi hopes to expand the patient base at the clinic, wanting to serve the broader community and make the clinic open and welcoming to everyone.

Sabir Patel is in charge of maintaining the clinic’s website, renovating the website to make it more assessable and easy to use for future patients. Patel hopes the website will attract more patients and plans to use other platforms, such as social media, facebook especially, to promote the clinic. While website is a great platform to promote the clinic, it also helps make the administration more efficient. Imran and Mehdi have been heavily involved in helping the clinic incorporate technology in its administrative process. As Imran explained, they have both been essential in switching from paper files to an electronic system, making administration, such as sorting patient files and scheduling doctors and volunteers, more efficient.1