History of Muslim Burials in the Twin Cities 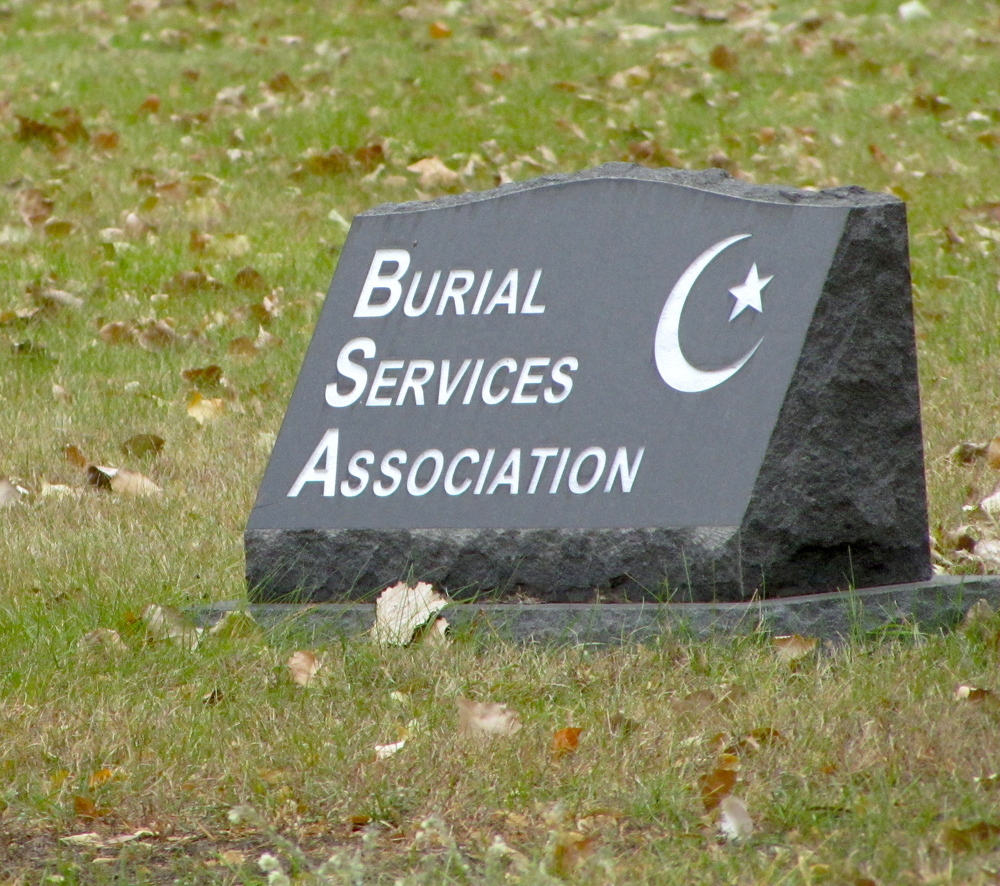 Before the turn of the twentieth century, there was little demand for Muslim cemeteries or burial services in the Twin Cities. The area had a relatively small Muslim population, and consequently, few Muslim deaths every year. In fact, before the 1990s, there were only two to three Muslim deaths a year.1 The Muslims who died were buried in non-Islamic burial sites, and there were no Islamic facilities to conduct pre-burial rituals. Some of the earliest Muslim group burials took place in the 1960s in Dawn Valley Cemetery in Bloomington, Minnesota. The Islamic Center of Minnesota, one of the first mosques in the area, bought 100 graves in that cemetery.2 The demand for Muslim funeral accommodations dramatically increased following the wave of Somali Muslim refugee settlement to the Twin Cities that began in the 1990s.3

As more Muslims immigrated to the Twin Cities, the need for Islamic funeral services and burial sites in the area increased. In response to this need, the Minnesota Cemeteries Corporation (MCC) was founded in the early 1990s to accommodate religiously appropriate burials for Muslims. Shortly after, the MCC opened Al-Baquee Cemetery in Roseville in 1996, the first Islamic cemetery in the Twin Cities area. Al-Baquee Cemetery is named after a mosque a Medina, Saudi Arabia where many of the Prophet Mohamed’s close friends are buried.4 This space managed to accommodate Muslim burial needs for a while, but was not enough to address the growing Muslim population in the Twin Cities.5

The MCC recognized the need for a new cemetery for Muslims in the Twin Cities. Creating an additional cemetery proved to be a challenge, as finding large plots of land for a cemetery within the Twin Cities and obtaining the necessary city were hard. Amin Kader, one of the founding members of the MCC says it is difficult to start new cemeteries as it requires the approval of neighborhoods, suggesting that people typically do not want cemeteries (Muslim or non-Muslim) in their neighborhoods; furthermore Kader argues that the county does not have an incentive to support cemeteries because cemeteries do not pay taxes.6 Considering these difficulties, the MCC realized they were better off buying an existing cemetery. While the demand for Islamic burial grounds started to grow even more, land already obtained by a Texas cemetery corporation became up for sale. The Texas company had two large plots available, one in Burnsville, in the south metro, and one near Mahtomedi, in the northeast metro. The MCC purchased both cemeteries.

In 2006, the Twin Cities’ second Islamic cemetery was opened by the MCC on Burnsville plot and named the Garden of Eden Cemetery. The Al-Baquee Cemetery in Roseville, the first Muslim cemetery, has mostly filled, and tday Muslims are mostly buried at the Garden of Eden Cemetery. Currently, there are approximately 80-90 Muslim burials a year. Fortunately, the land purchased by MCC in Mahtomedi and Burnsville is expected to accommodate Muslim burials in the Twin Cities for another century.7