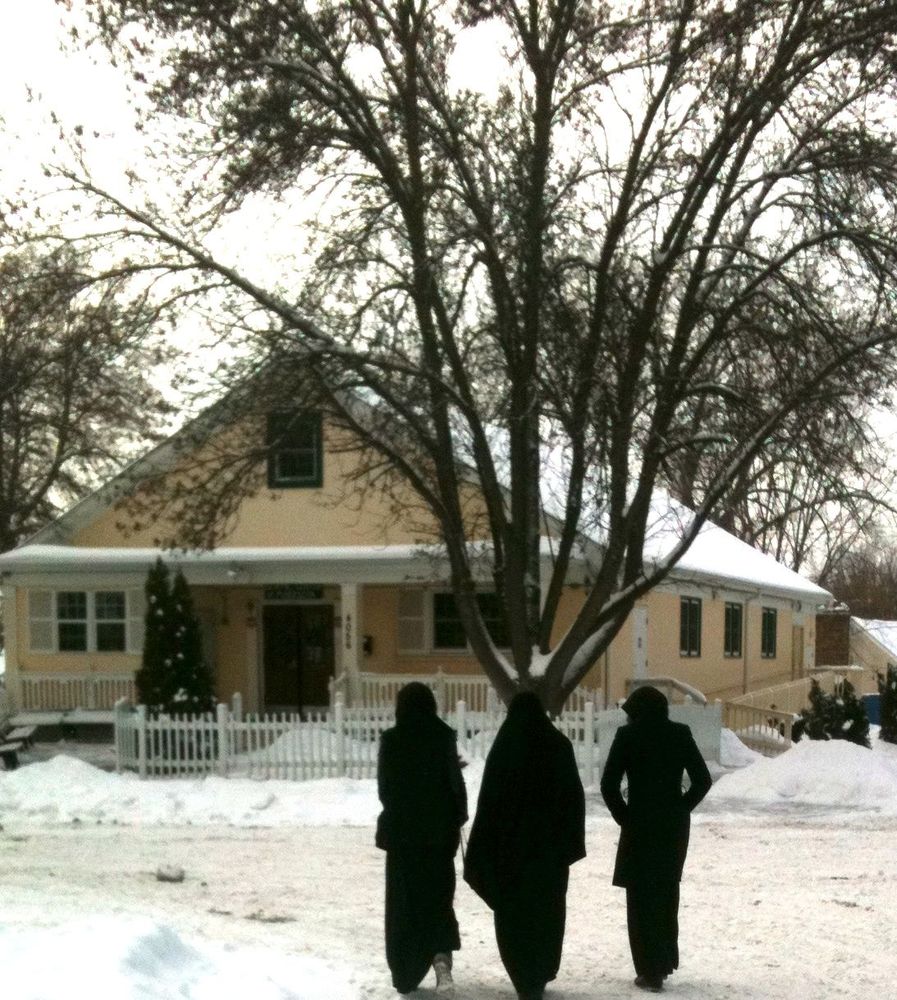 Muslim funerals in the Twin Cities are typically community events. Non-family members partake in several aspects of funerals from jānazah prayers to burials. Community members are especially important in conducting ghusl, which is a body washing ritual, on the deceased. In the ghusl ritual, the entire dead body is washed, which requires the helping hands of multiple people to lift and move the body around for washing. Muslim families often need outside assistance from the community to wash their deceased, because they don't have family members trained to perform it or be too emotional to perform it themselves. In such instances, volunteers step up to help families wash their dead.

Many might be surprised to learn that anyone would volunteer to wash the dead body of a stranger. Maryam of St. Paul, who had recently gotten involved at the time of her interview, never imagined herself assisting families in this way. She says to her it was an activity that was “kind of sinister...I associated it with the world of darkness, because death was something dark to me.”1

As an active member at her mosque, Maryam has been involved in supporting community members at various life-cycle events from births and weddings to illnesses and funerals. Her peers at the mosque, some who’ve volunteered at funerals, saw her as a good fit for helping in funeral ghusls. Earlier this year when she was asked by a group of women to help with the ghusl for a funeral, she agreed. Maryam says that participating helped to change her mind about this ritual. “Now I see it in a different light. It make sense to me; you’re dead – someone needs to take care of your body.”

Ifrah, a Minneapolis resident, became involved through a recruitment effort at her mosque. The imam of her mosque recognized a growing need for funeral volunteers in the Twin Cities. Ifrah signed up to be trained as a regular funeral volunteer. In the past two years, she believes she has assisted with the washing in 20 funerals.

Now I see it in a different light. It make sense to me; you’re dead someone needs to take care of your body.

Providing a Needed Service to Families

The death of a loved one is often a challenging moment for all families, and in addition to grieving Muslim families seek to bury their dead in accordance with their religious tradition. Amin Kader, who is one of the founding directors of the Muslim Cemetery Association, says that being able to help families who are mourning is the most rewarding part of his work. “When I get families asking me what happens now, I say don’t worry, everything will be done...It’s a difficult time for everybody.”

While volunteers find reward in helping families, performing ghusl can be physically and emotionally difficult, as it requires both diligence and stamina. Maymuna, a volunteer from St. Paul, says that people don’t recognize how physically straining body washing can be. Preparing a body for burial can take hours, and for volunteers this means hours of standing. Maymuna says on top of the physical demands, volunteers must also deal with the deceased's emotional family members and others who constantly walk in and out of the washing facility to check on the progress of the wash.

A regular volunteer, Ifrah reports having back problems because of having washed so many bodies over the past few years. She says that the volunteers who regularly wash with her look out for her back now, and make sure that she doesn’t put further strain on her back.

All the volunteers I interviewed spoke about how washing the body of the dead requires an ethical approach. Maymuna explained that washing is an act that should be carried out in a dignified and respectful manner; “it is important that we avoid causing harm to the body.” In addition to not harming the body, the volunteers spoke about how an ethical approach includes avoiding idle talk around the body, making prayers for the dead individual, and making sure that all the steps of the ghusl are done properly. Under the pressure to finish washing the body in time for the burial and the difficulty of the task she was assigned to do that day, Maryam reported slipping below her ethical standard on her first wash. She recalls having to wash a specific area of a woman; however she found it too difficult to clean every detail, and ended up leaving some areas uncleaned. An experienced washer noticed Maryam’s mistake, and went to clean what Maryam had left. The experienced washer told Maryam that if it were her on the table she would have wanted to have the ghusl done properly.

The experience from washing during funerals does not simply remain in the wash facilities, but rather the volunteers carry lessons from the experience into their lives. Volunteers say that dealing with death has instilled them with humility. Kader, who deals with death on a frequent basis says, “don’t think that we are doing the person that we are burying any favors; we are here for ourselves to look and take a lesson. He is down today, I am tomorrow.” Ifrah tells me that when she is not washing, she reminds of herself of death in other ways, because it reminds her that she has limited time on earth. In doing so, she reminds herself what is of meaning in her life: family, community, living a righteous life, and above all, worshiping her creator.

Don’t think that we are doing the person that we are burying any favors; we are here for ourselves to look and take a lesson. He is down today, I am tomorrow.