The Development of Vietnamese Communities in the US 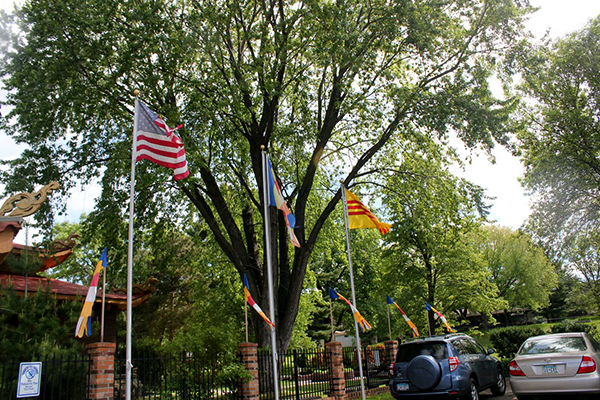 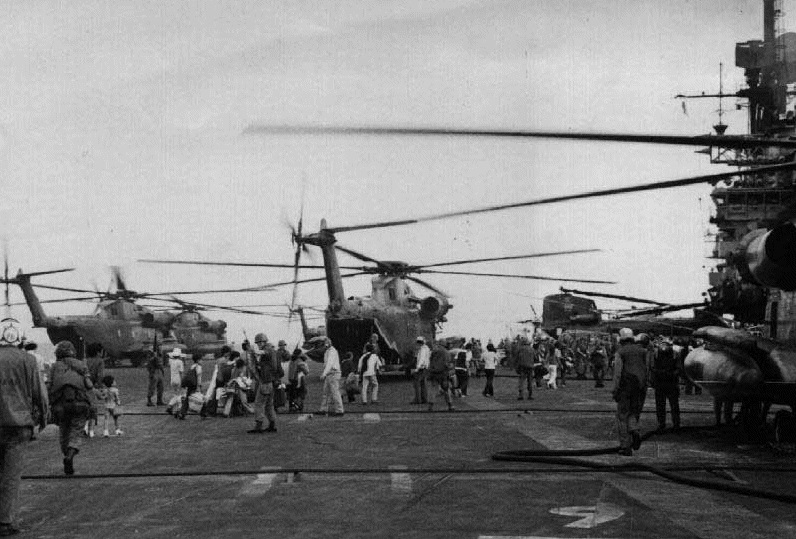 In 1980, after four years of forced labor for the communist government, Quy Dang, an attendee of Phat-An temple, fled Vietnam by boat to escape the regime that had assumed power after the fall of Saigon in 1975. She arrived first at a refugee camp in Malaysia, like thousands of other so-called “boat people,” then settled in Minnesota. “Many people didn’t make it – they were drowned, they were killed by pirates,” she explained. “I was among the lucky ones.”

“The [South Vietnamese] flag…the yellow with the three red here, [is] still precious to us.”

Though not all of Vietnam’s diaspora left under duress, political refugees established the first sizeable Vietnamese communities in the United States, and a large portion still remain today.1 This conflict, therefore, has indelibly shaped the Vietnamese diaspora – and its cultural and religious practices – and continues to leave its mark even now. Billowing beside the American and Buddhist flags outside Phat-An Temple, the flag of the now fallen Republic of Vietnam (not the official flag of the Socialist Republic of Vietnam today) serves as a powerful reminder of the political forces that have shaped the history of the Vietnamese in the United States.

Vietnamese refugees and immigrants arrived in the United States in three distinct phases.2 Following the collapse of Saigon in May of 1975, the US government aided the evacuation and relocation of 125,000 Vietnamese who had assisted the US, had worked for the South Vietnamese government, or had fought against the North.3 These exiles, as historians label them, tended to have more education, more English skills, and more familiarity with Western culture than subsequent waves of refugees, which facilitated their transitions considerably.4

In addition, roughly half of this first group practiced Catholicism, compared to only ten percent of the Vietnamese population at the time.5 Catholic Vietnamese tended to align themselves with the Southern regime, due to the perceived “anti-religious orientation” of the Northern Viet Minh.6 Thus, out of real or assumed association, many Catholics had to flee to escape persecution at the hands of the new government.7 Yet scholars Duc Do and Mimi Khuc explain that, because a structure for Catholicism already existed within the United States, these refugees were able to more easily resume their religious practices than those who practiced Buddhism, since no widespread structure existed for organized Buddhist observance.8

In the process of resettling, Buddhist refugee communities quickly began to create these structures. Many initially established “home temples,” or residential buildings that they purchased for monks and transformed into temples or prayer spaces.9 Yet as more and more refugees arrived in the United States, these communities quickly outgrew their early worship spaces.

Following the first wave of exile refugees, people began fleeing Vietnam in 1976 by the thousands, primarily by boat.10 Those who survived the journey entered refugee camps where they landed.11 Since these waves of people – numbering two million in total – inundated nearby countries, the majority were eventually sent to the United States.12 There, sponsor families, individuals, organizations, and congregations facilitated the resettlement of these refugees.13

After their initial resettlement, many people engaged in secondary migration within the United States.14 In the process of tracking down family members and friends, these refugees began to form concentrated Vietnamese communities in places like Los Angeles, San Jose, and Houston.15 A third wave of refugees arrived between 1988 and 1992, followed by a group of immigrants seeking to reunite with friends and family already living in the United States.16

Today, over 1.5 million Vietnamese and Vietnamese-Americans live in the US.17 Vietnamese communities are the largest Asian communities in five states, and Vietnamese make up 10.9% of the American Asian population nationwide.18 Thirty percent practice Catholicism, a number that more closely reflects, but still exaggerates, the Catholic presence in Vietnam.19 Compared to the initial wave of exiles, Vietnamese Buddhist communities have grown comparatively larger, and have erected over thirty temples in the Orange County area alone.20